Engagements in a Winter Wonderland 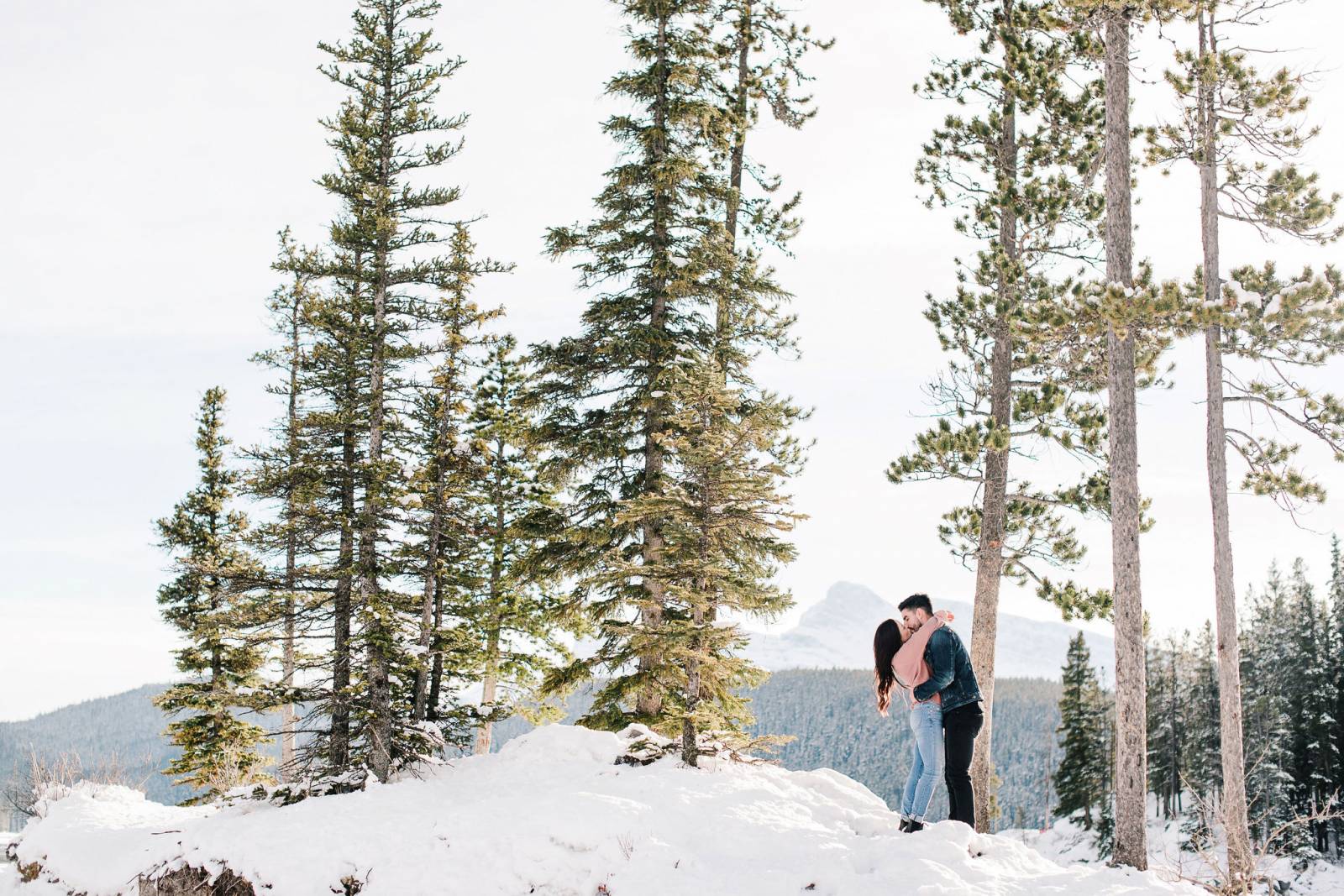 June 12, 2016, a day that I never knew would change my life forever. I was in Raleigh at North Carolina State going to school on a gymnastics scholarship. It was in the middle of summer break and many of the athletic teams at the university, including my own, held annual summer camps for kids of all ages to come and train. The day before I was needed to help with a gymnastics camp I decided to go for a run which wasn't unusual for me. Shortly upon arriving back at my house after my run I was surprised to know we had guests. They were in town helping out with the university's soccer camp. I will always vividly remember the first time I saw that smile when I peaked around my roommate's door to say hello. From that moment on it was like we had known each other our entire lives. There was no awkward warming up period. In that week we had to get to know each other we shared many laughs. We shared things with one another that nobody else knew. We were just extremely comfortable with each other. The week came to an end and he went back to Virginia. We kept in touch for over a year, he was my best friend. After over a year, we met up for a hike halfway between where I was in North Carolina and where he was in Virginia. We walked for hours and never lost conversation. It was as though we had picked up right where we left off and I felt like I could have hiked with him forever. I knew that day I needed him in my life one way or another.

Fast forward to October 15, 2018. We were back down in Raleigh visiting my best friend, who was in her last year competing on the gymnastics team, for her birthday. On our drive back up from North Carolina to Virginia, we stopped at the very place we first met back up at to hike. I had no idea that the love of my life had been carrying a beautiful diamond ring with him the entire trip. Closer to the end of the hike he got down on one knee and asked me to marry him. How could I not have said yes? He always called me his Canadian girl and I am lucky enough to call one of the most beautiful places in the world home. He had never been out of the United States before, but his love for me and the mountains was an easy way for me to get him to come back with me.

We were so lucky to have Kristyn take our engagement photos in a place I call home. Randy fell in love with Banff from the moment he saw it in pictures, but even being there he couldn't believe how beautiful it was in person. Snow up to your shins doesn't happen often in Virginia, and the smile on his face as the ice cracked and echoed through the mountains reminded me of the first time I met him. His first time experiencing the magic in the Rocky Mountains and the Canadian snow drenching our feet will forever be one of my favourite memories. We are so grateful to be getting married in August 2020 and can't wait to have Kristyn Harder capture the day with her beautiful vision. 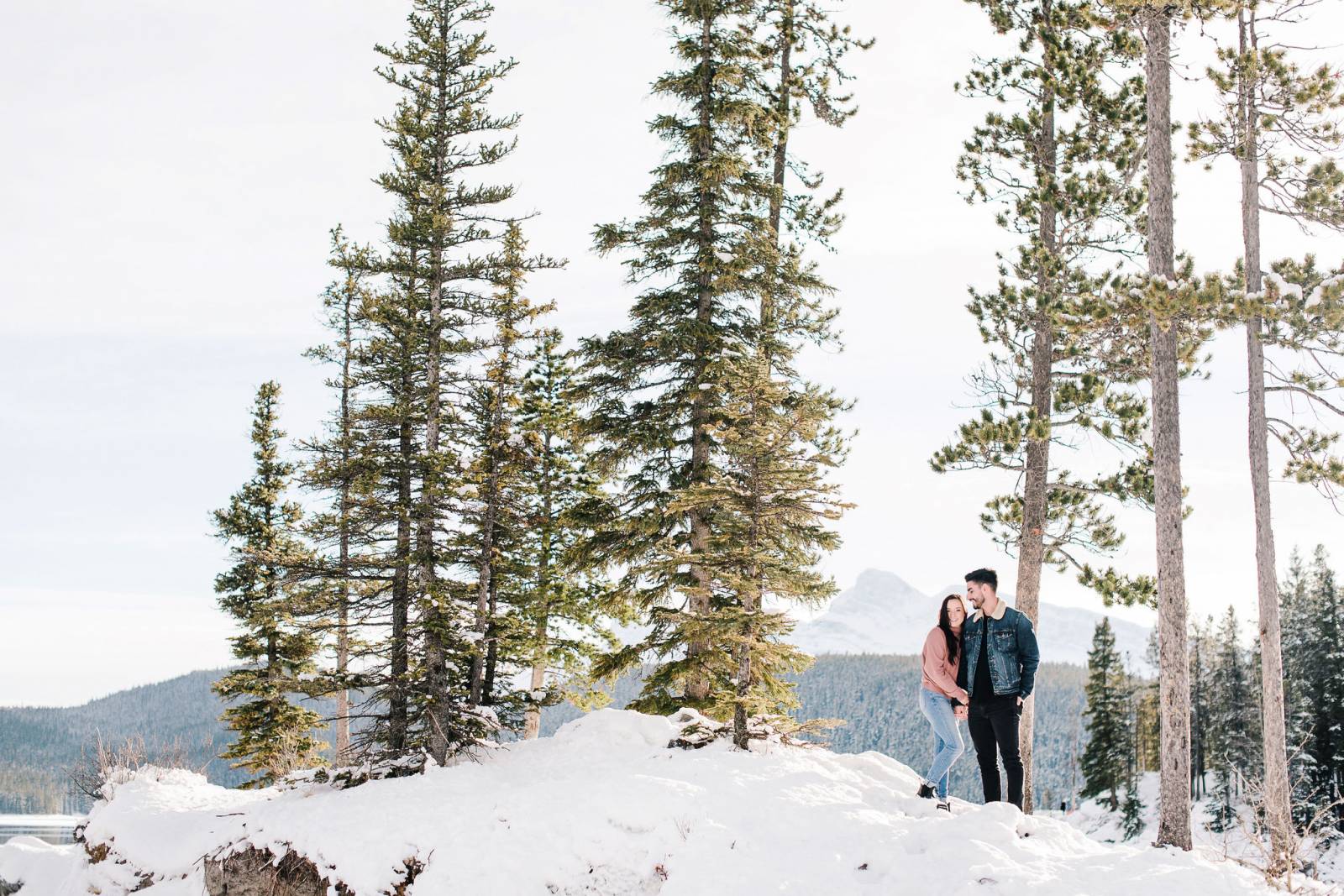 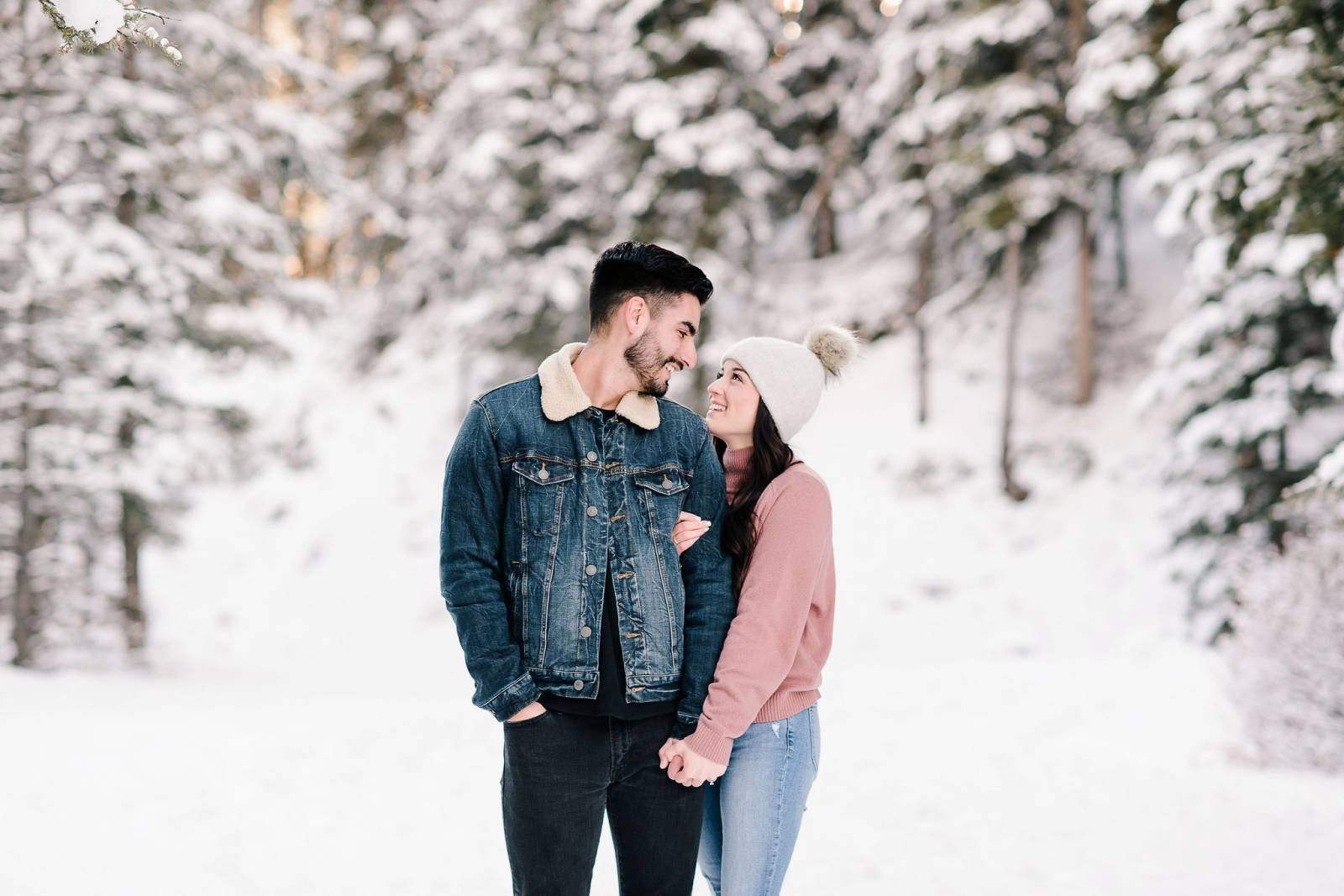 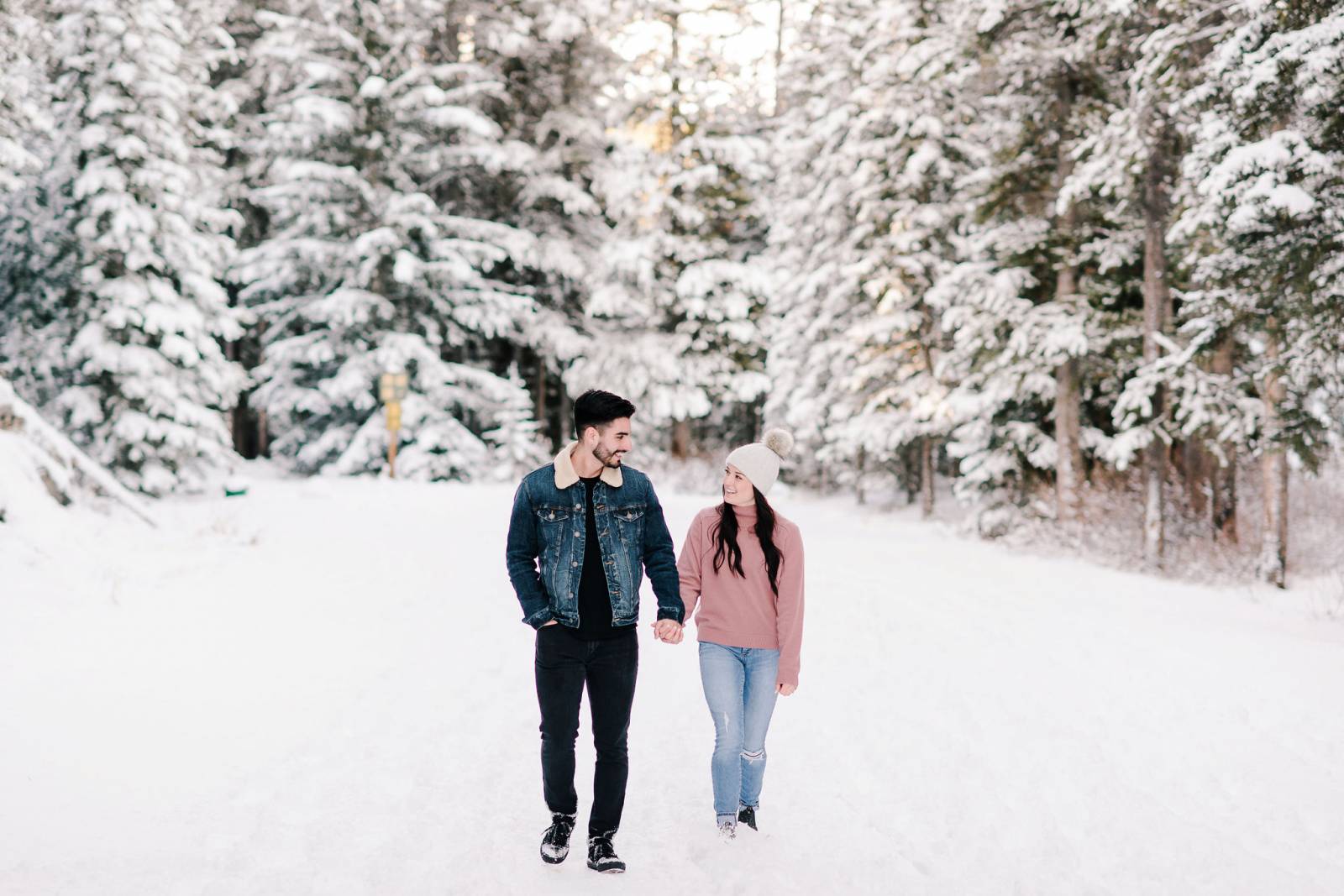 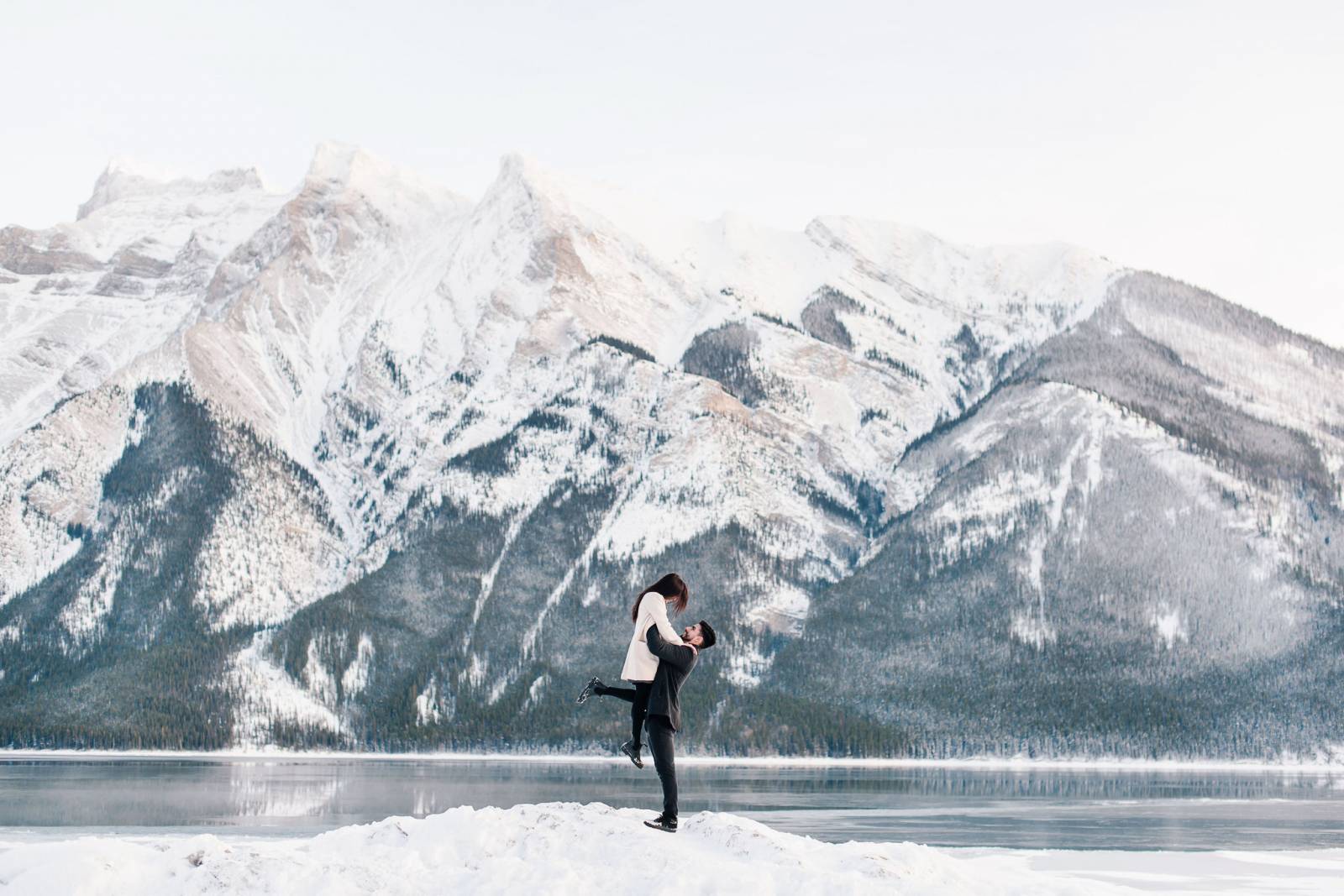 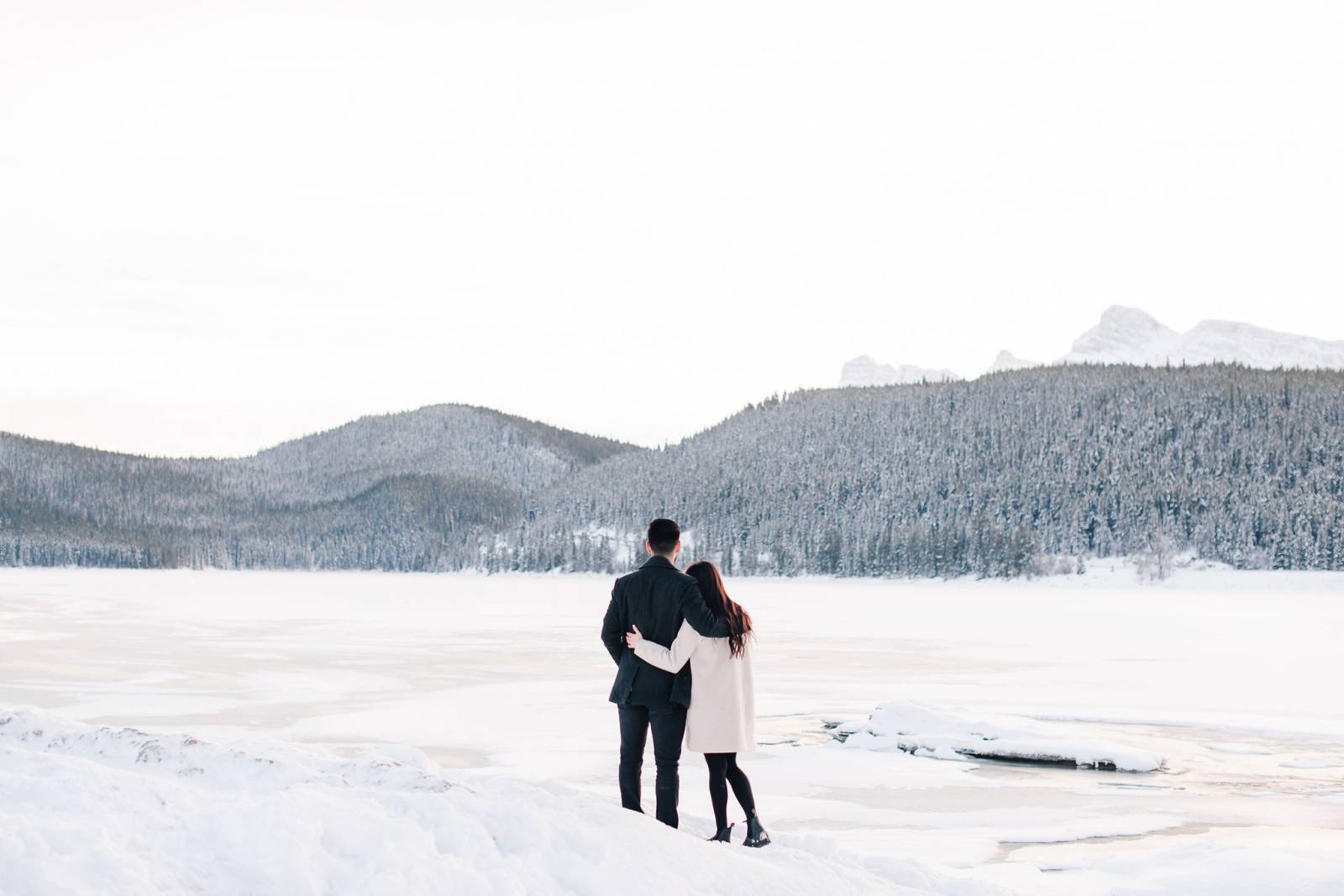