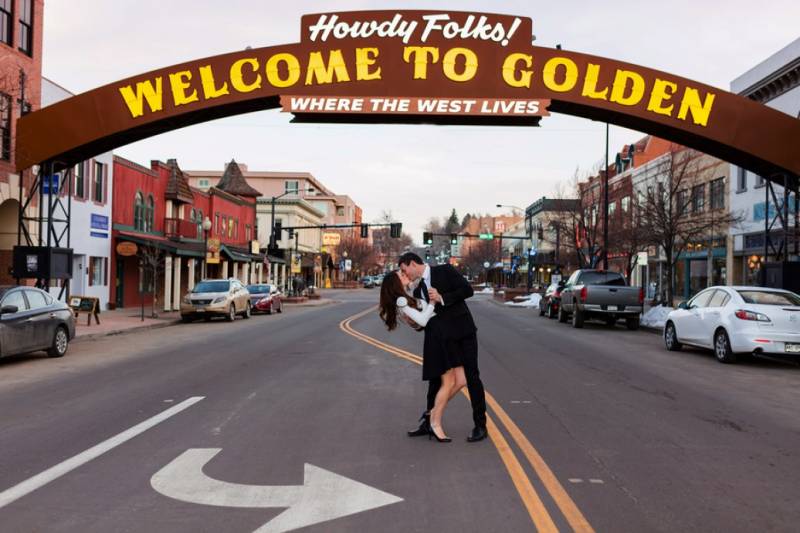 Corey and Katie Ann actually had a few engagements before this engagement session but they didn't really count. You see Corey planned a fake photography session at the Manor House. As they were taking pictures he said something was missing, walked in the Manor House, changed into a tux and came out and proposed to Katie Ann right there with family. They were married at The Manor house in September, so naturally, we wanted to do something different for photos for their engagement session. They couldn't decide between mountain and city so we did both. We trekked up to Chief Hosa to get some spectacular forest, mountain and snow shots of the two of them. Then we headed down to the city of Golden where these two put on their best outfits (Katie's tulle skirt was actually made by her mother) and took some photos along Golden's main strip in front of Coors Brewery. The photos turned out amazing, romantic, stylish and beautiful.
(Courtesy of Katie Corinne Photography) 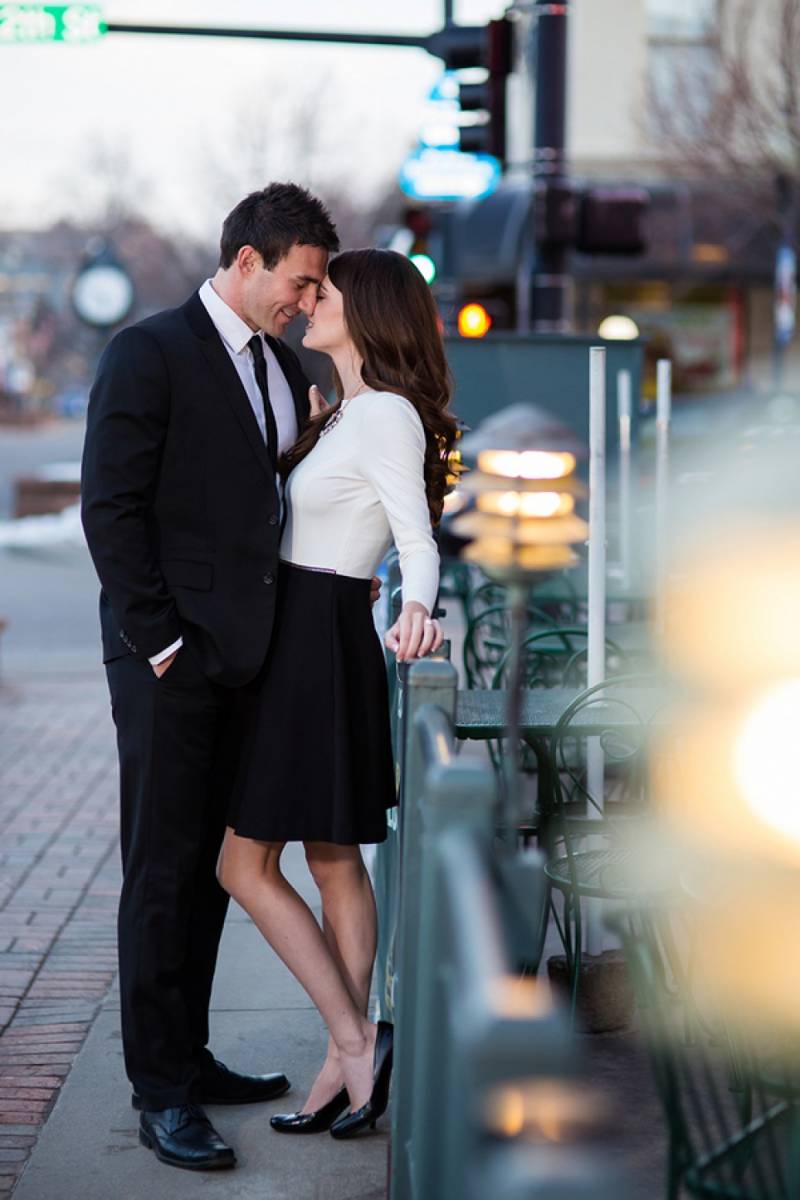 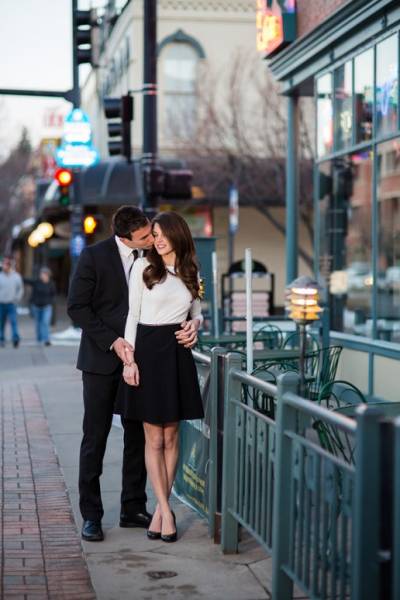 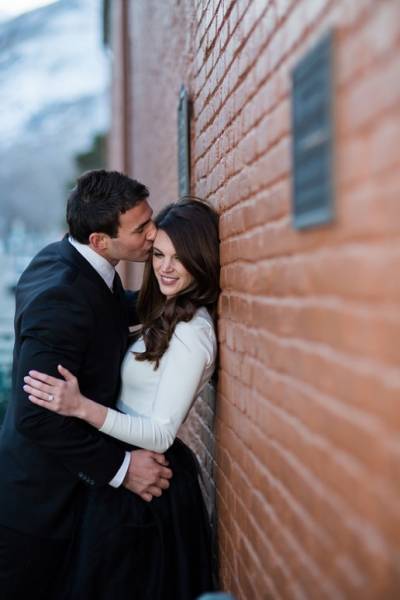 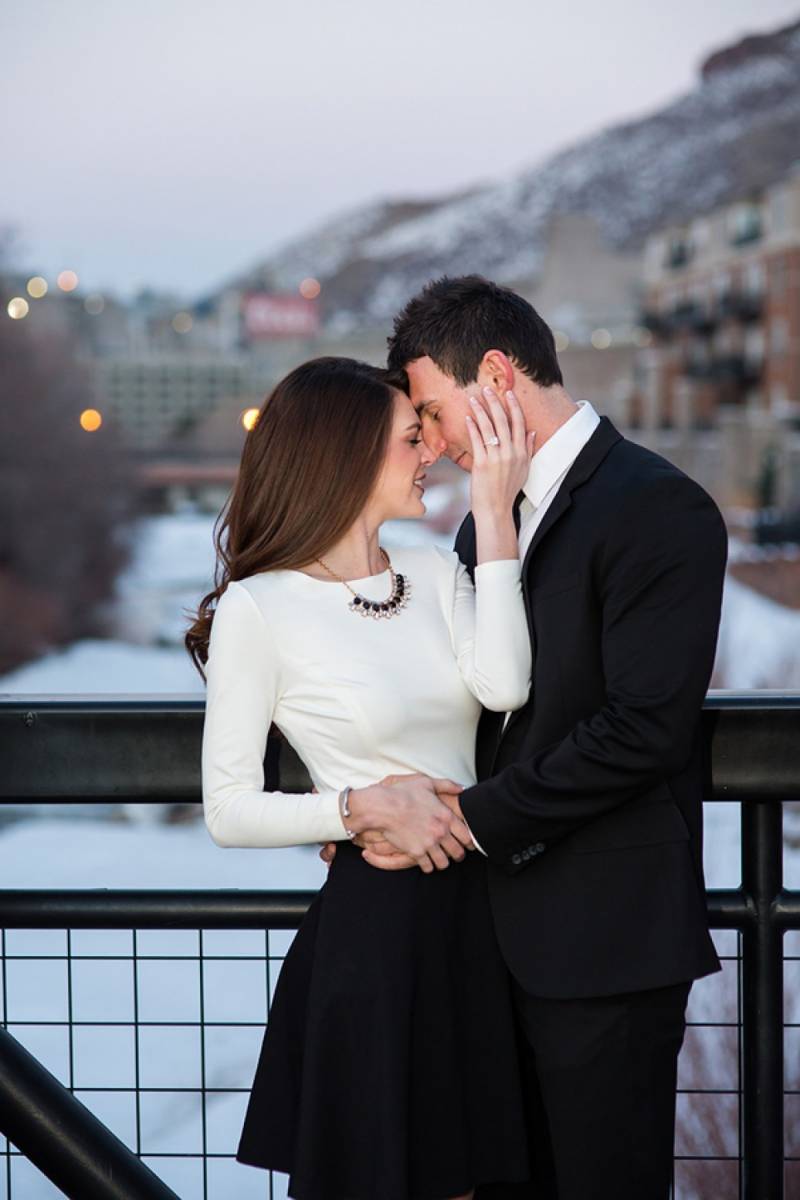 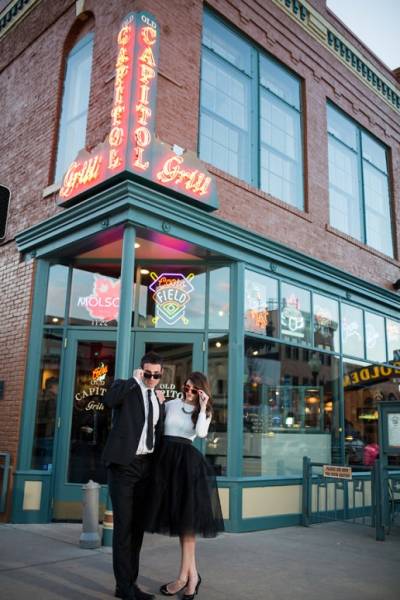 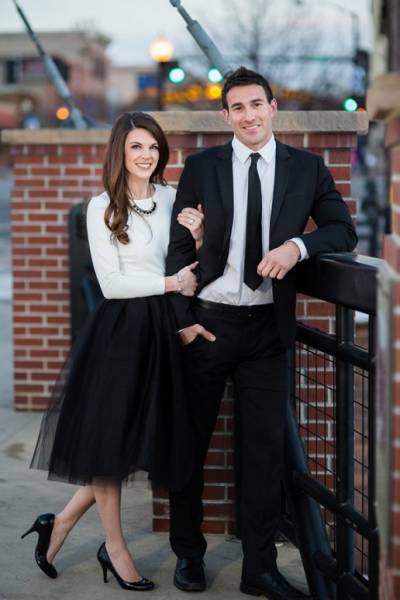 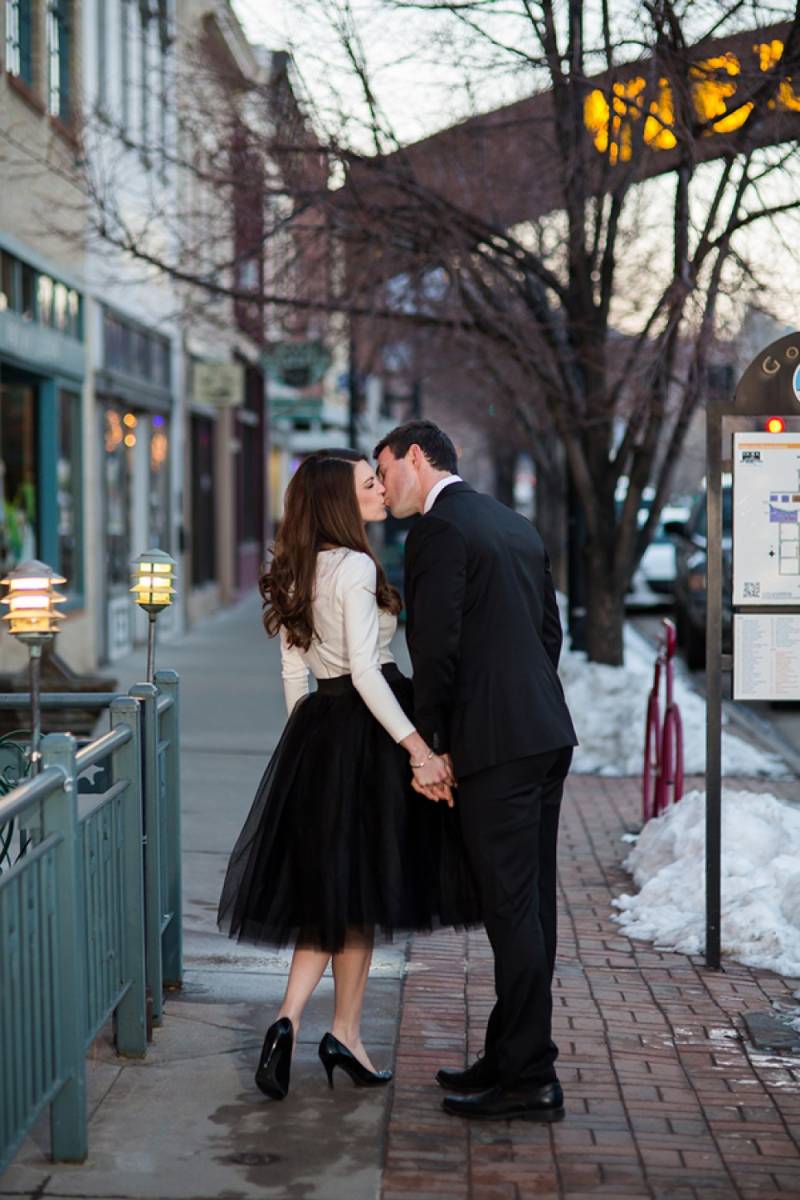 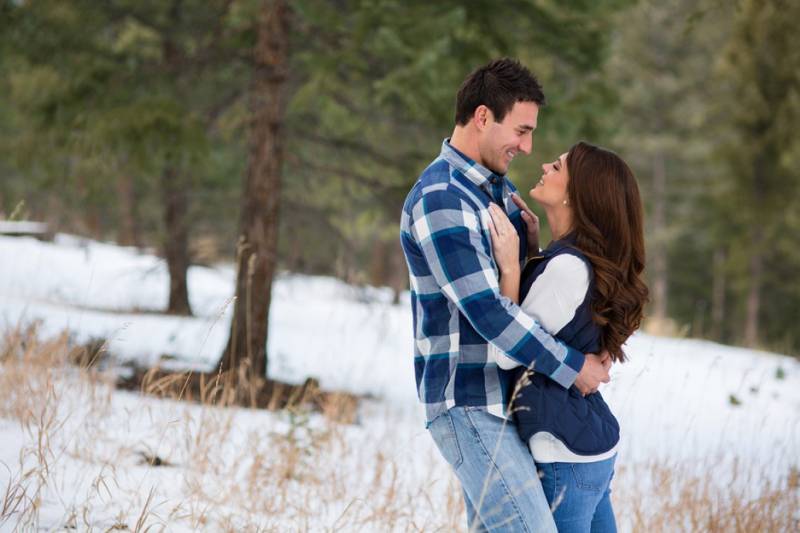 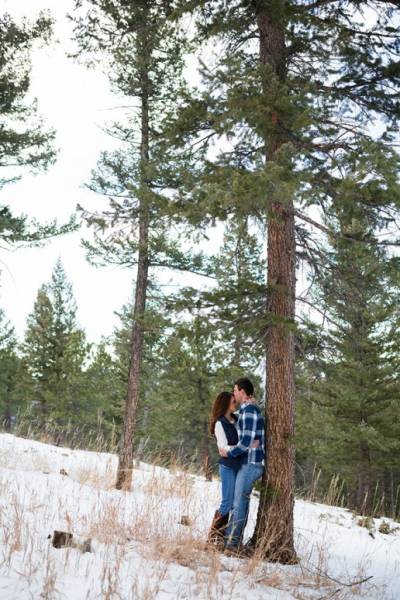 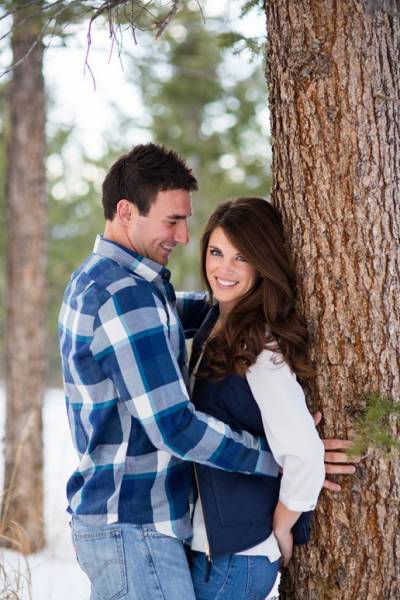 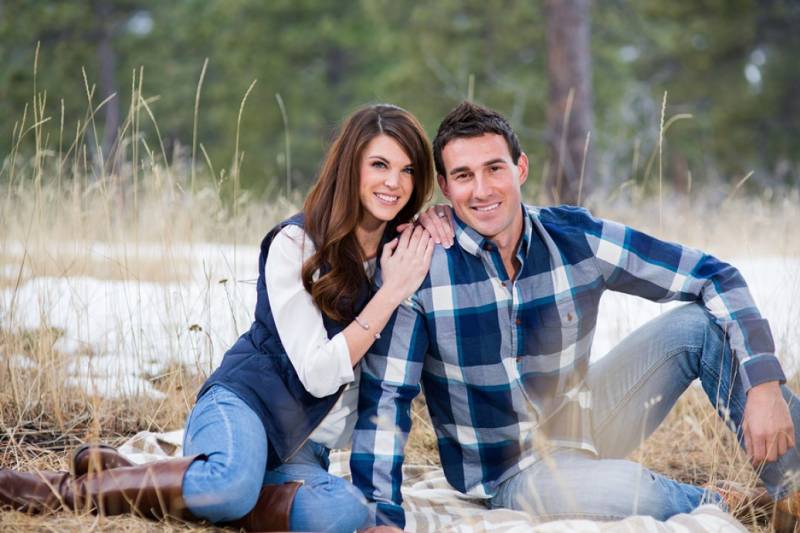 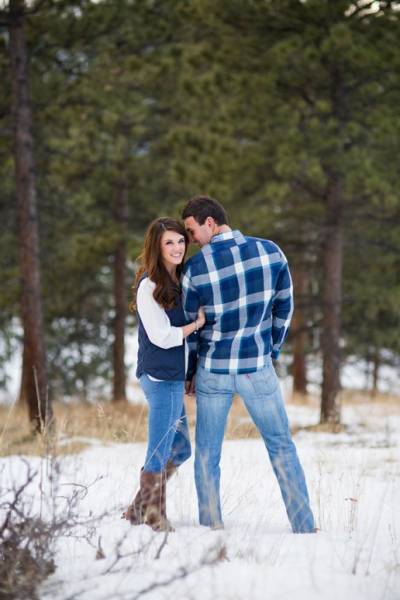 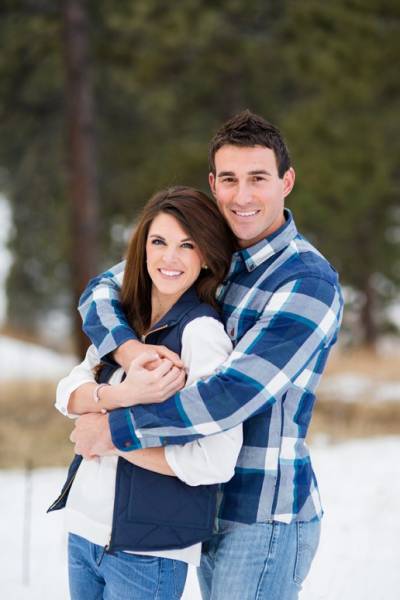 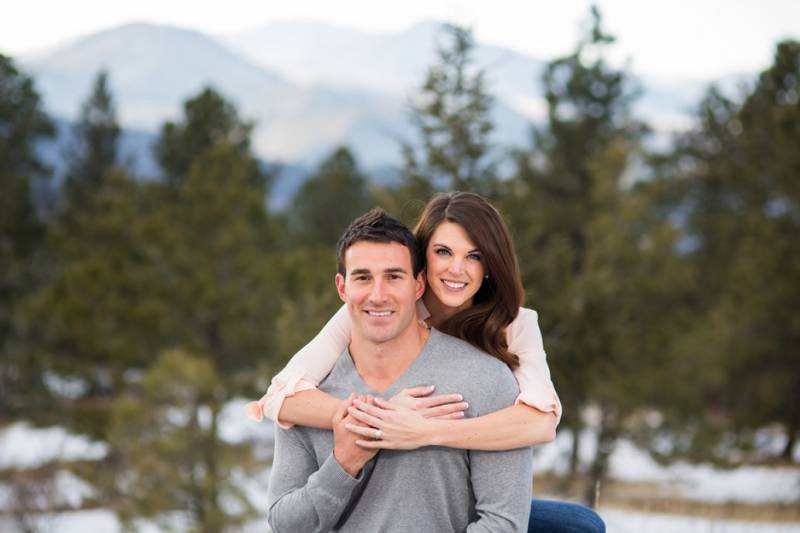 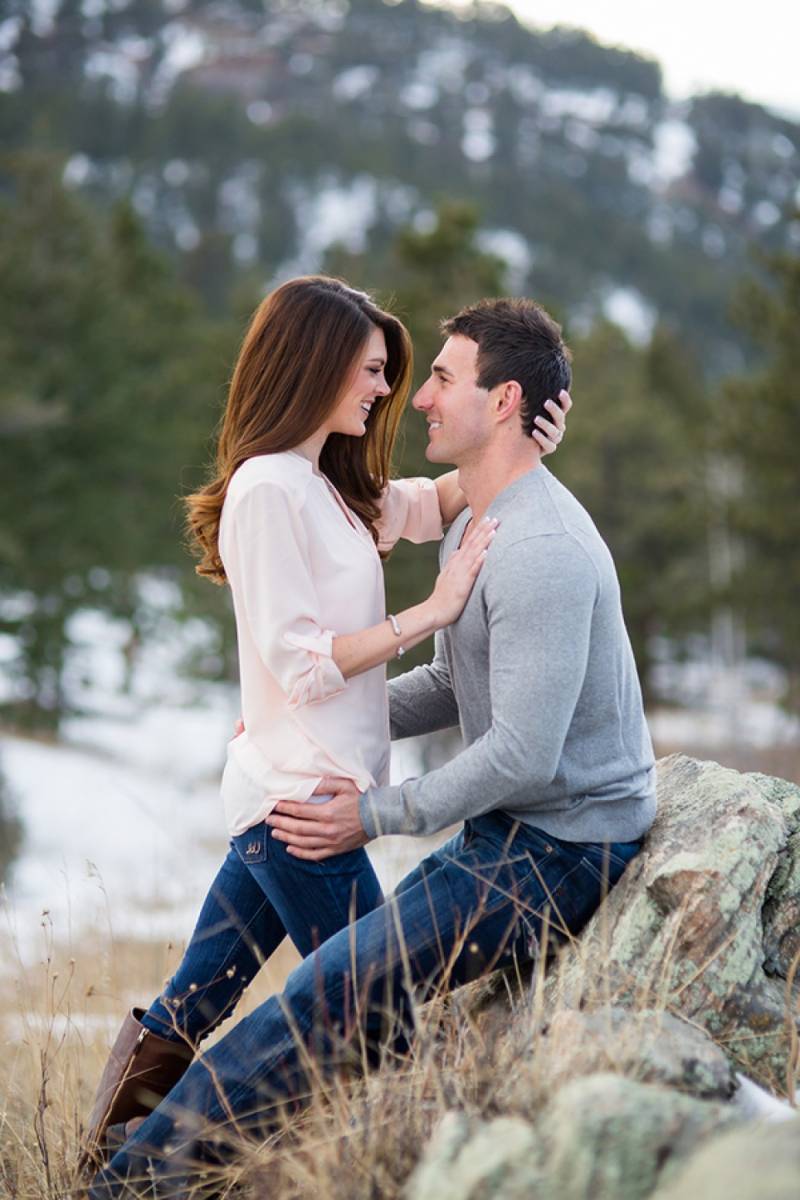 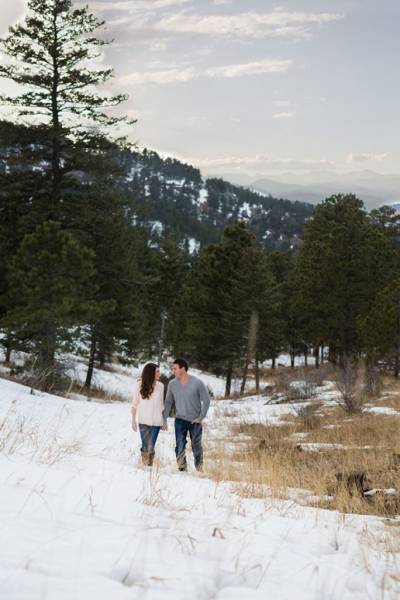 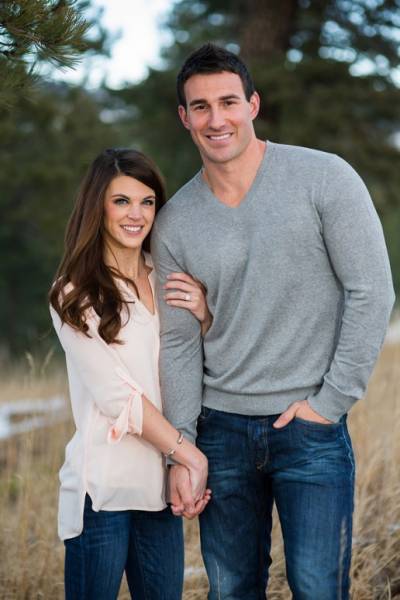 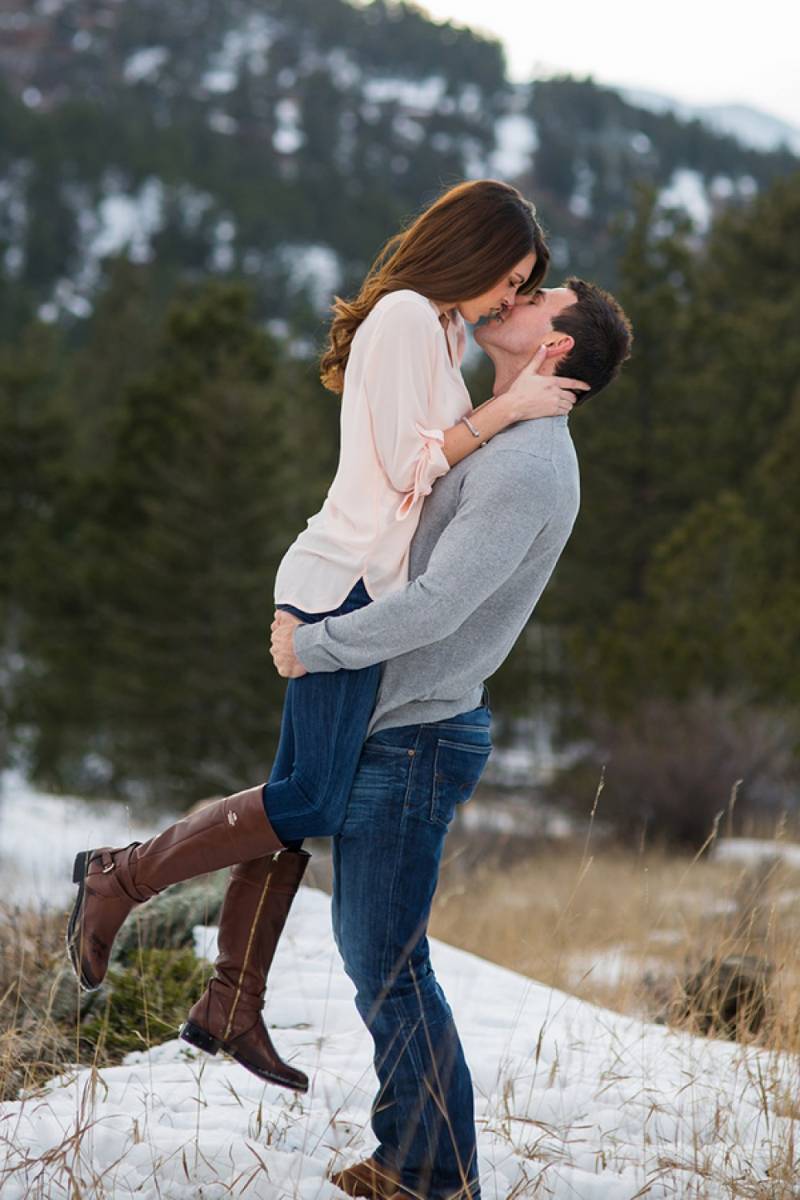