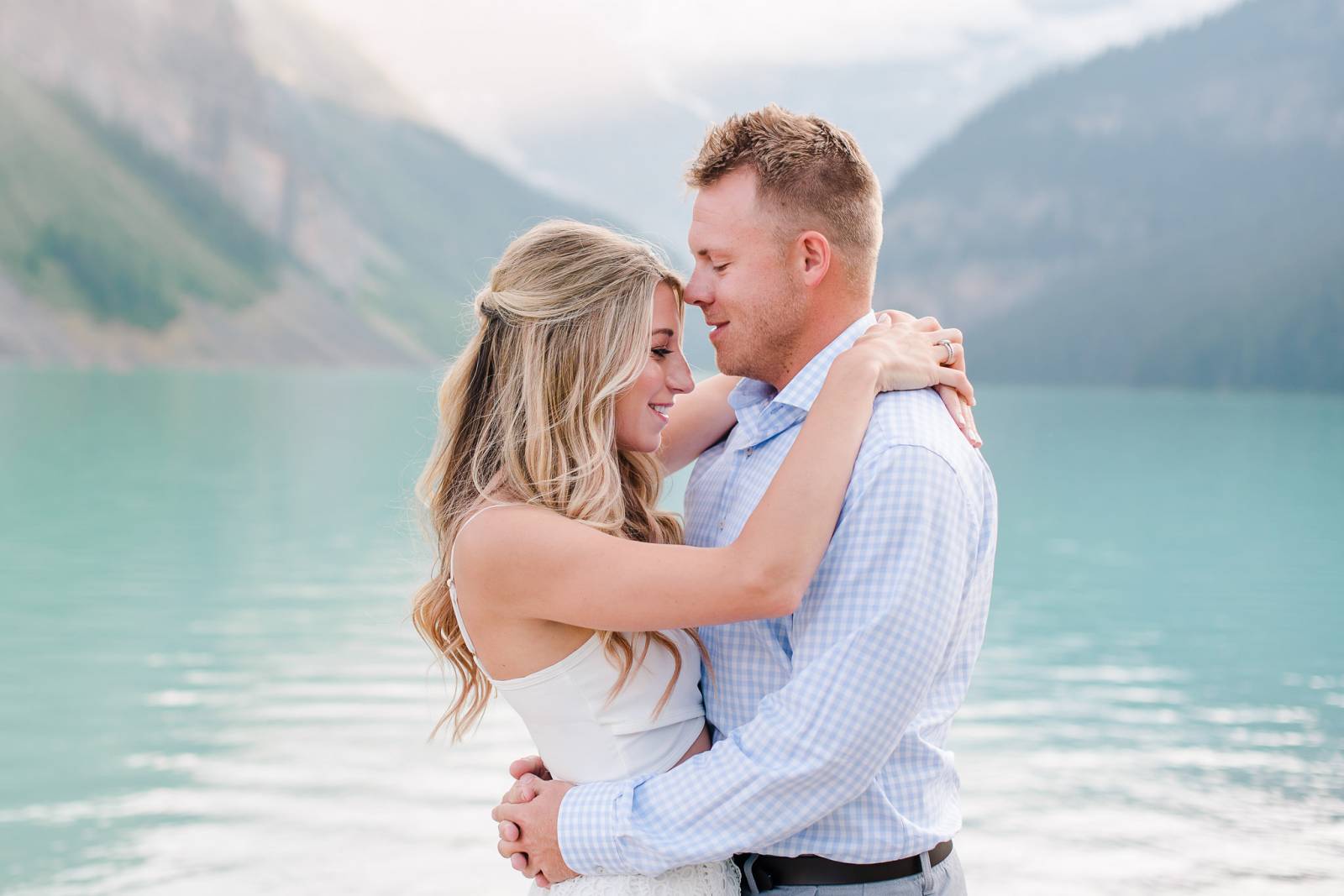 Spencer and I met when I was twelve (he was eighteen) through my cousin whom he was attending boarding school. I remember thinking "wow he is the best looking guy I have ever seen." And those thoughts never changed for 13 years. I never really thought that anything would come of this crush due to our age difference.

However, Spencer and I continued to stay in touch over the years especially after my older brother passed away in two thousand and eight. Spencer became like a big brother to my sister and me at that point, which really made me think our relationship would never go beyond that.

As I got older the conversations began to get a little more in-depth and my crush continued to grow. In the summer of twenty-sixteen, my sister called me to let me know that she had asked Spencer to be my date to my cousin's wedding that fall (without me knowing). I was both horrified and so excited that I would finally get to go on a date with the guy of my dreams even though I was sure nothing would probably come of it. Well let's just say the wedding and the whole weekend with Spencer went way better then I had ever expected and the dating only continued from there. Our relationship was long distance for 8 months as I was living in North
Carolina working as a nurse and he was in North Dakota running his family farm (4th generation). But in May of twenty seventeen, I decided to move my whole life to North Dakota and it was one of the best decisions I ever made. I immediately fell in love with North Dakota and the farm and it was the first place that felt like home in a long time.

In November twenty seventeen Spencer and I found ourselves driving through the night to Chicago to say goodbye to my dad who was losing his battle to cancer. I always thought my dad would be at my wedding knowing that I was going to marry Spencer so to realize at this moment that he would not get to be at our wedding was devastating. But without telling anyone else Spencer found some alone time with my dad and asked if he could marry me and my dad was able to give his blessing about 6 hours before he passed away.

On March fourth twenty-eighteen Spencer finally (with lots of nagging and asking if it was ever going to happen) asked me to marry him. It was honestly probably the one-day that I least expected it. Spencer had kept asking if I wanted to go to a play and then out to dinner, which I did not because I wasn't feeling well. So we ended up at my apartment (me in my pajamas and Spencer in a suit) making cookies in the shape of North Dakota. Spencer then asked if he could decorate a cookie and when he told me to come to look at what he had done the cookie said "marry me?" and he was down on one knee with the ring. I, of course, said yes but I don't remember what else I said or did.

We knew immediately that we wanted to have a destination wedding and had always wanted to go to Lake Louise so I contacted them and everything fell into place. Our first time to Lake Louise and the Chateau was in July when we went to have our engagement pictures taken by Kristyn and fell absolutely in love with the location. 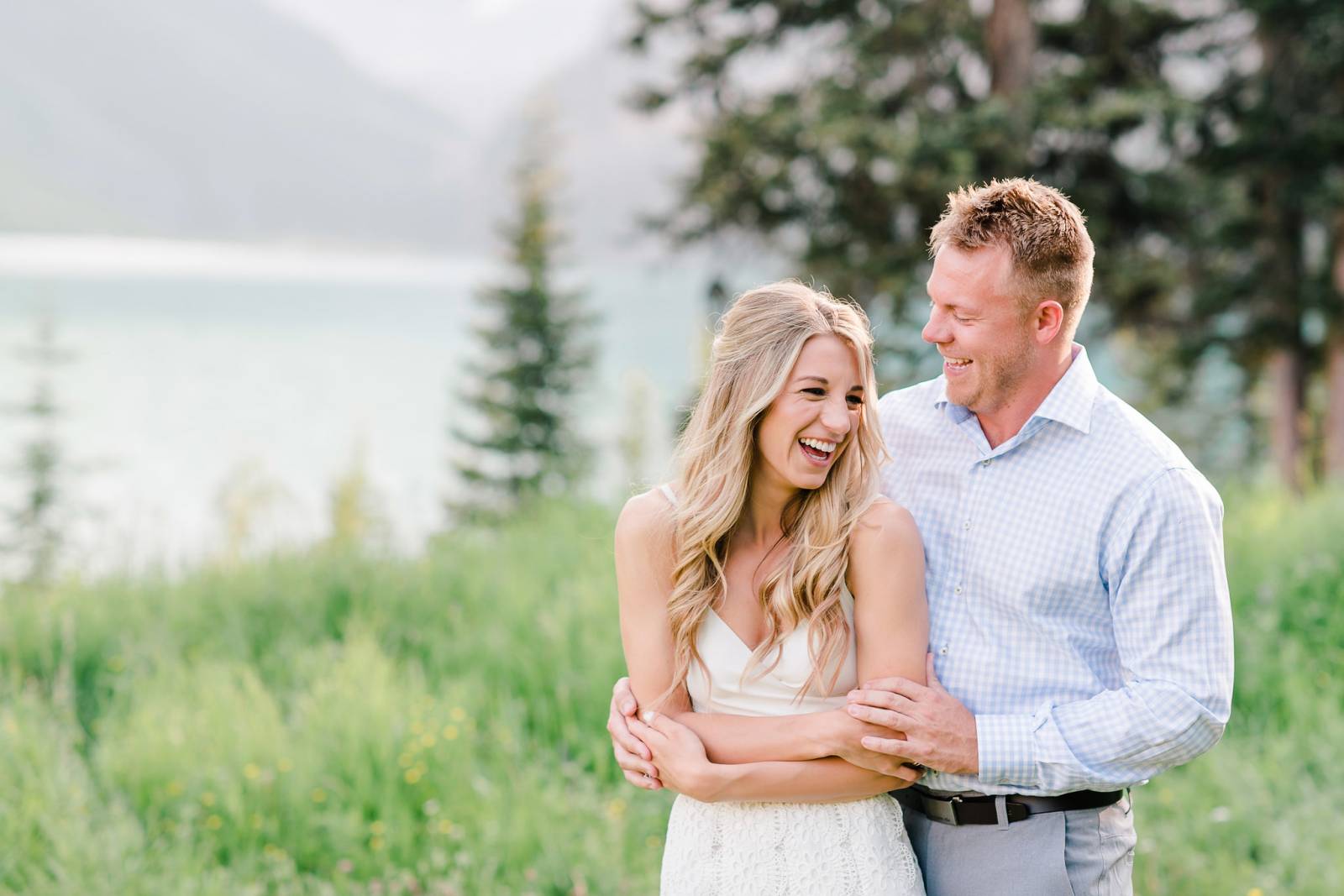 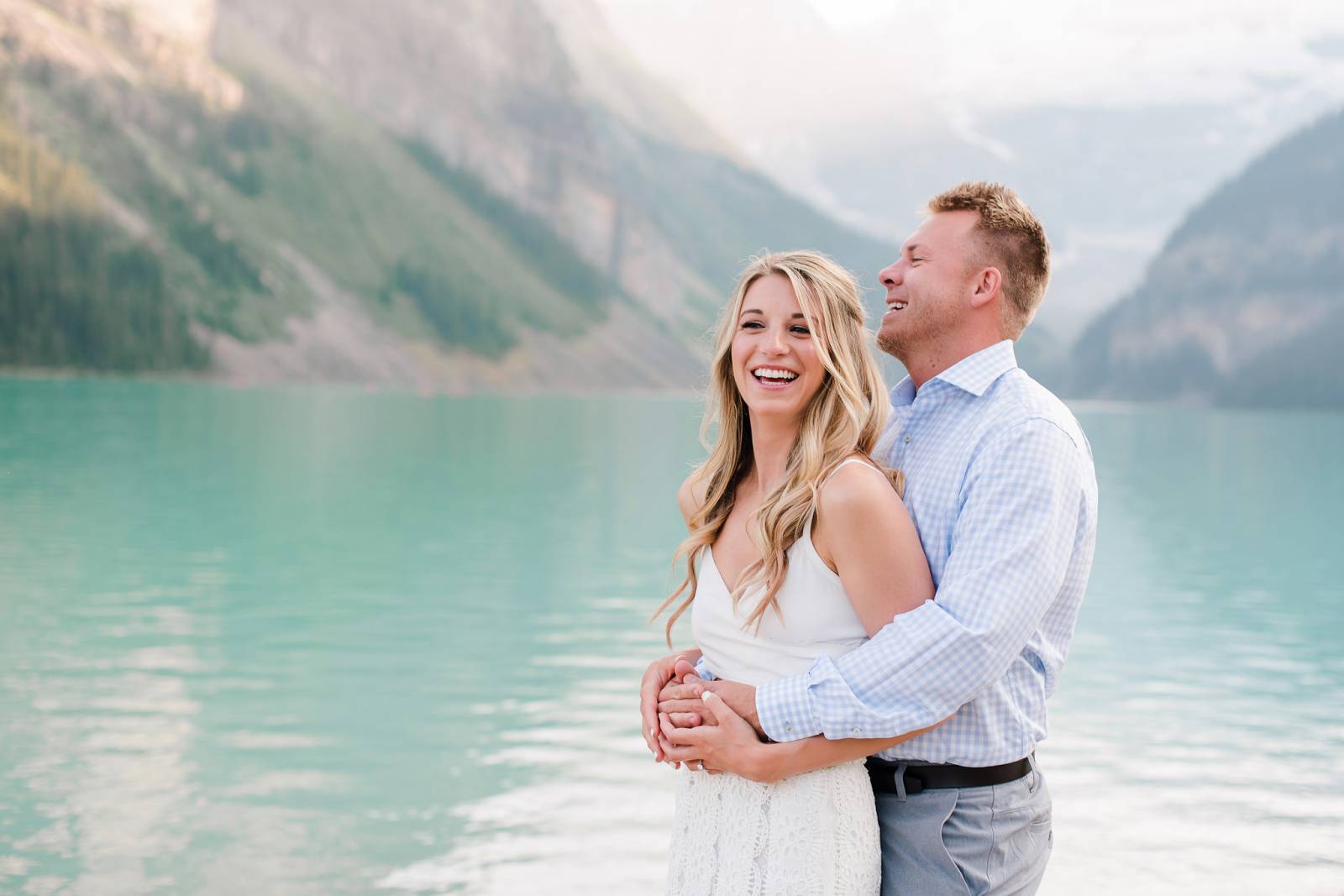 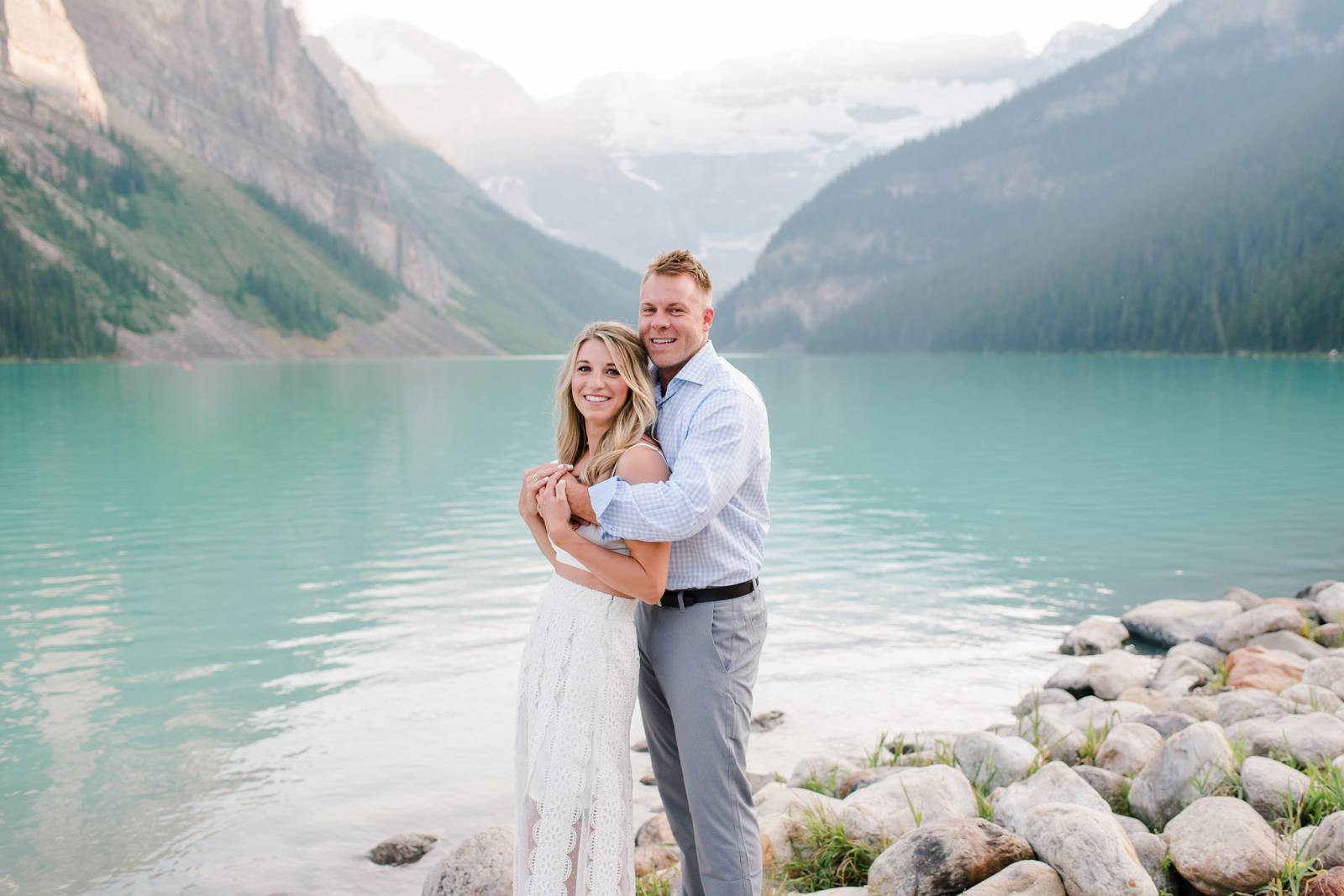 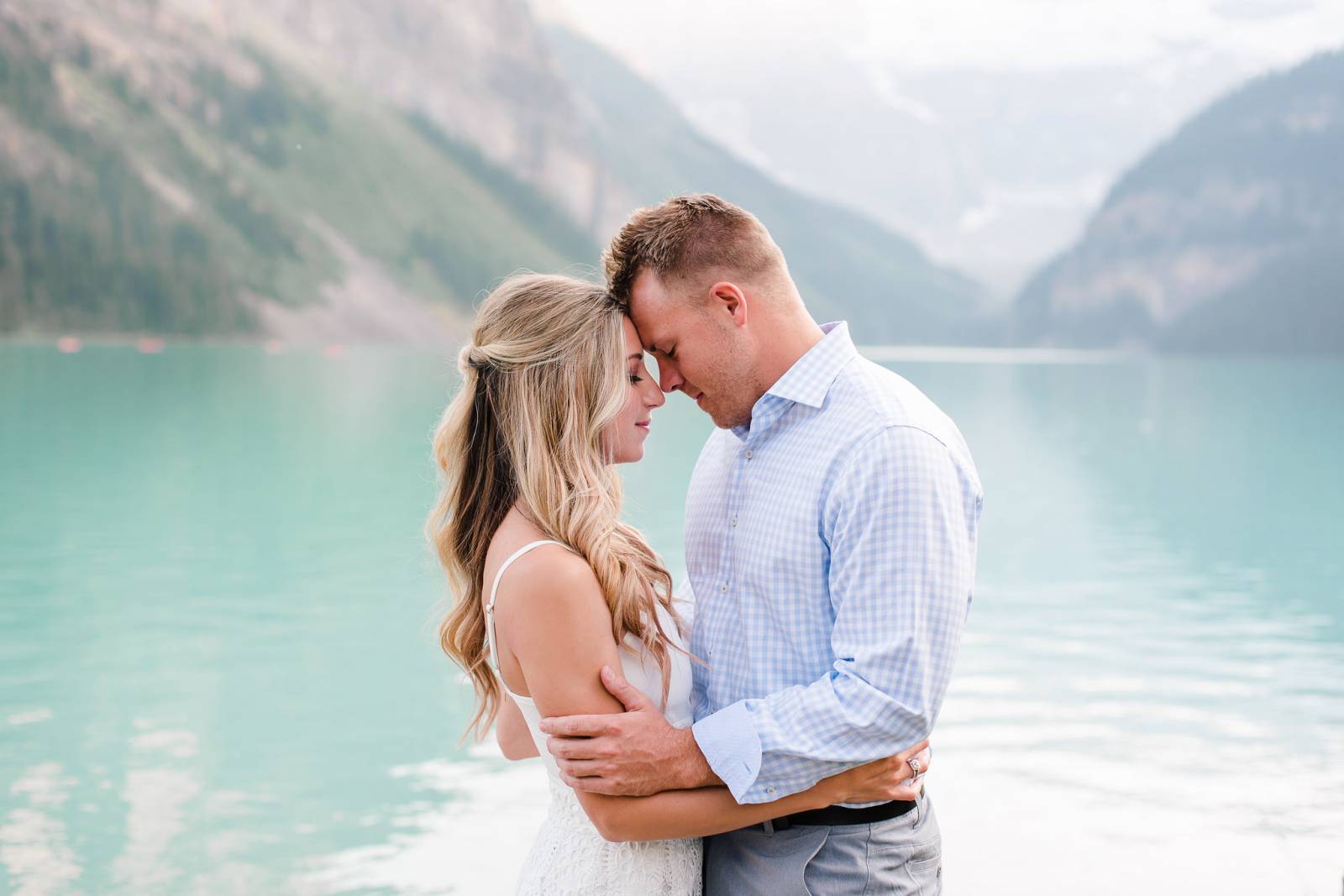 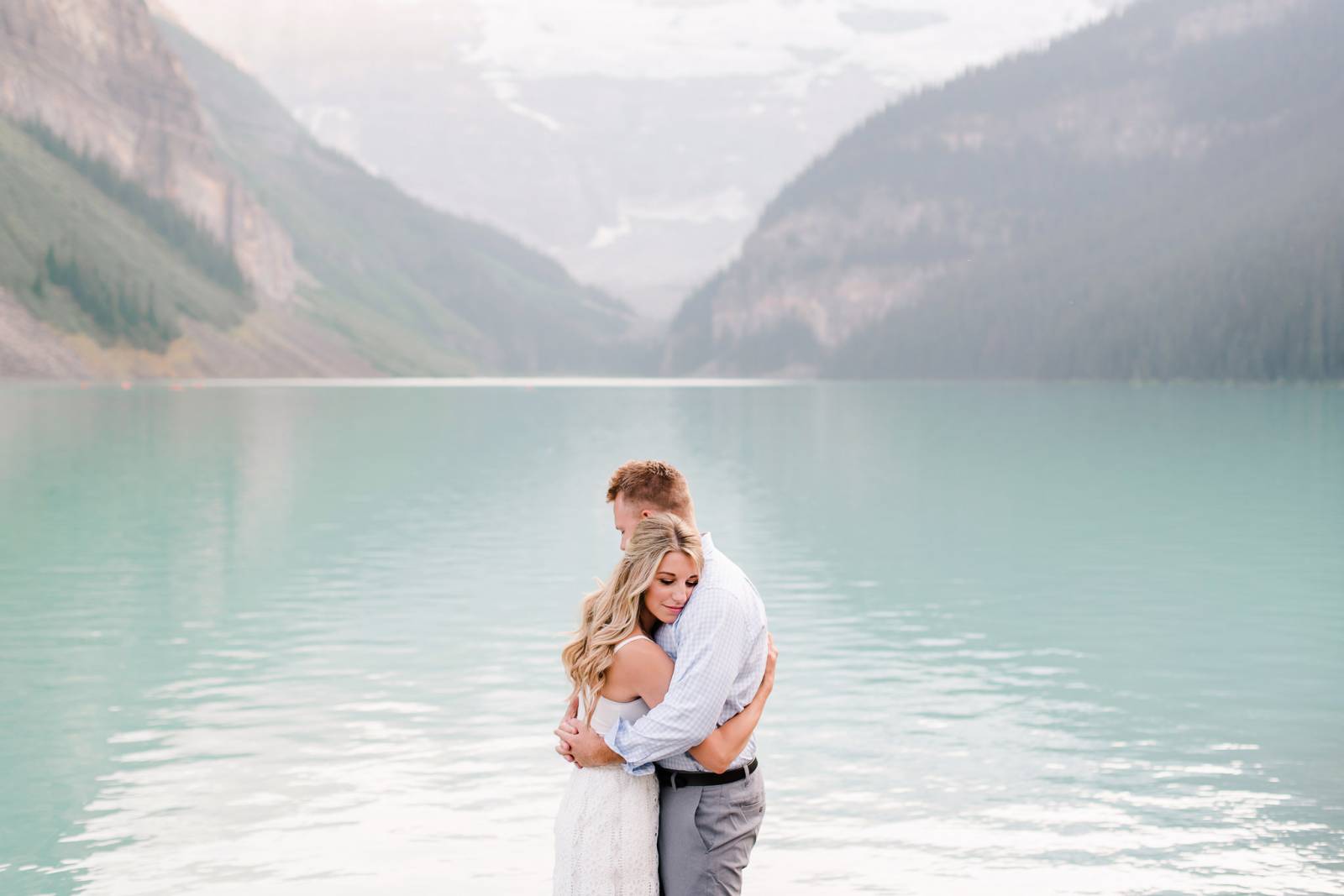 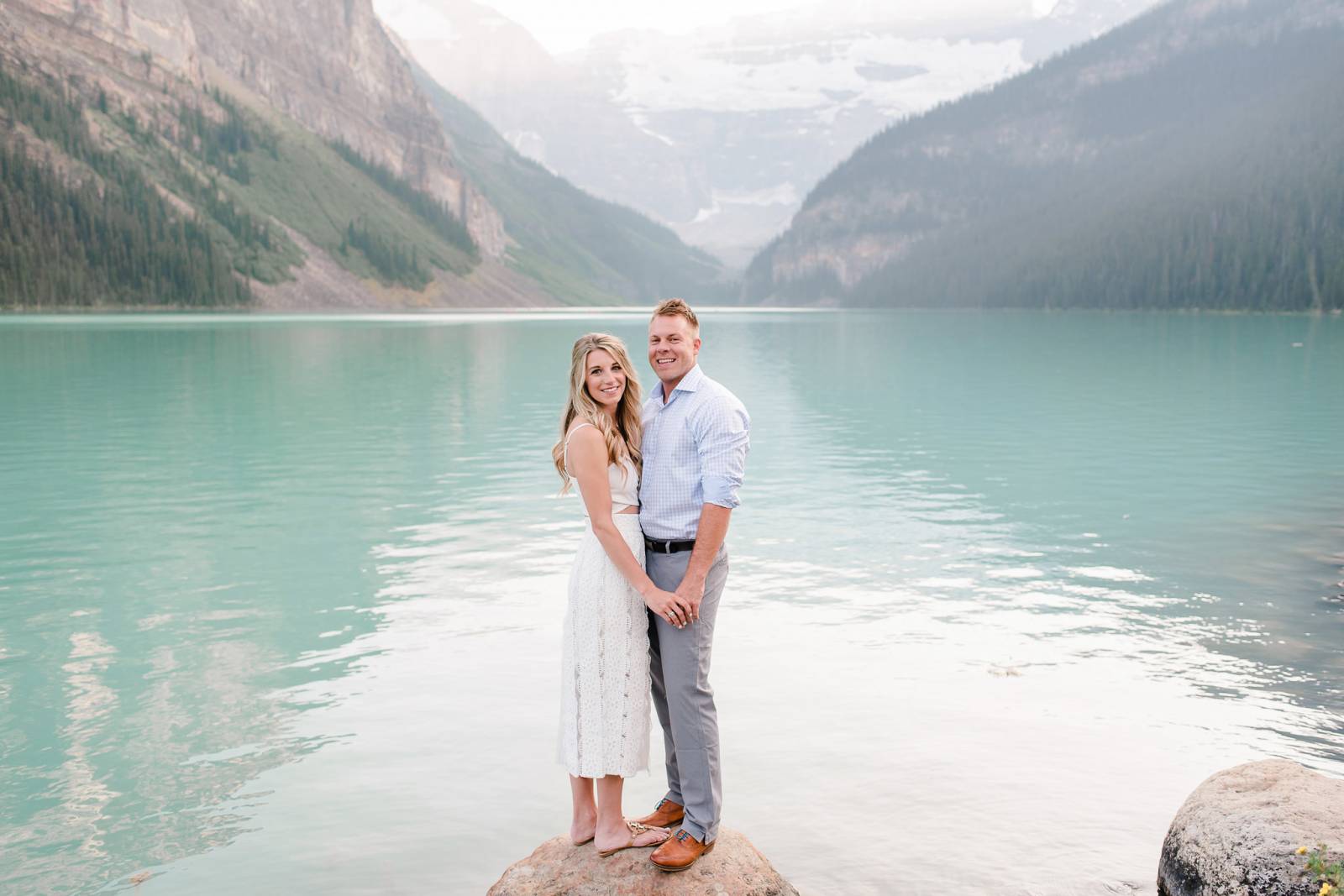 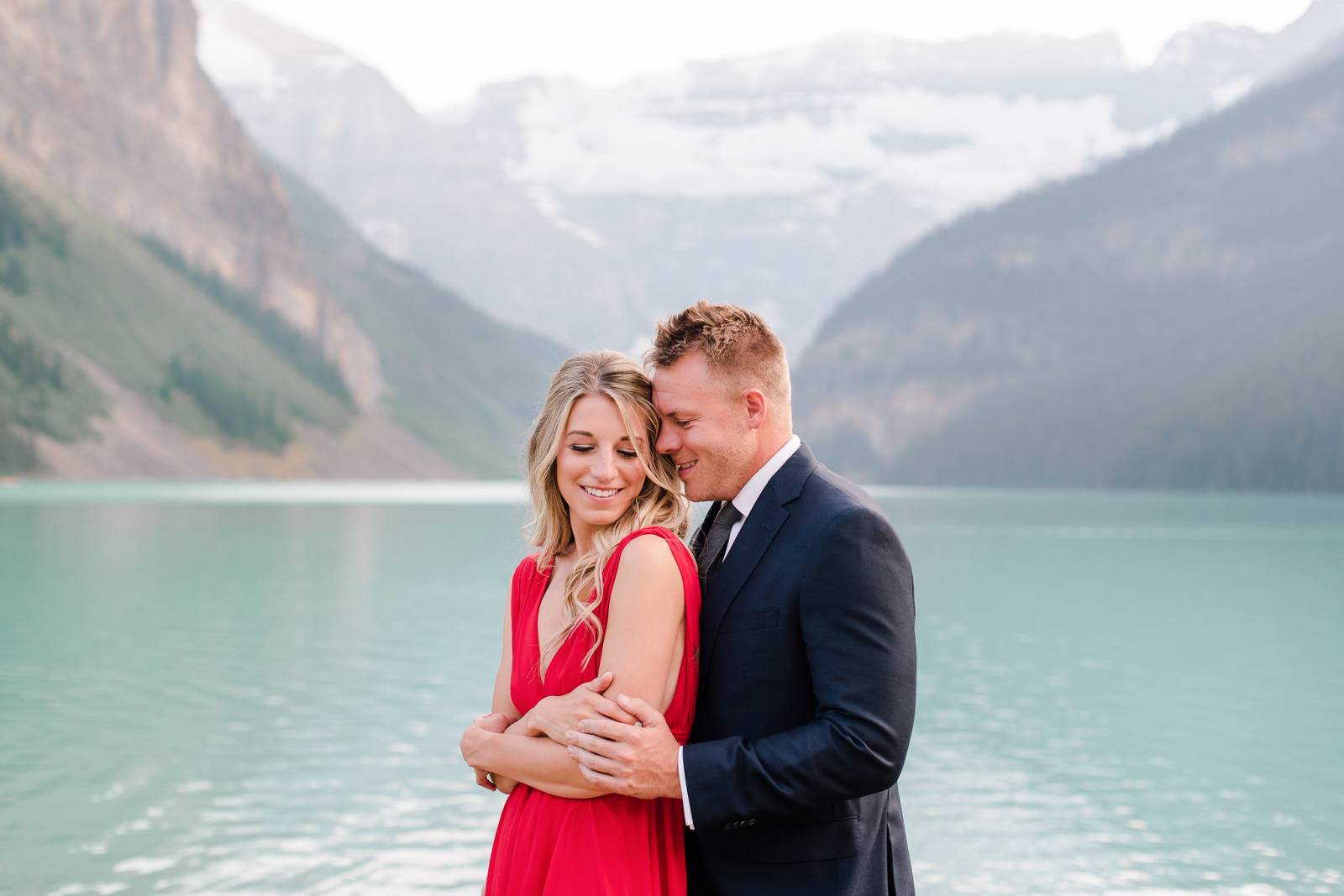 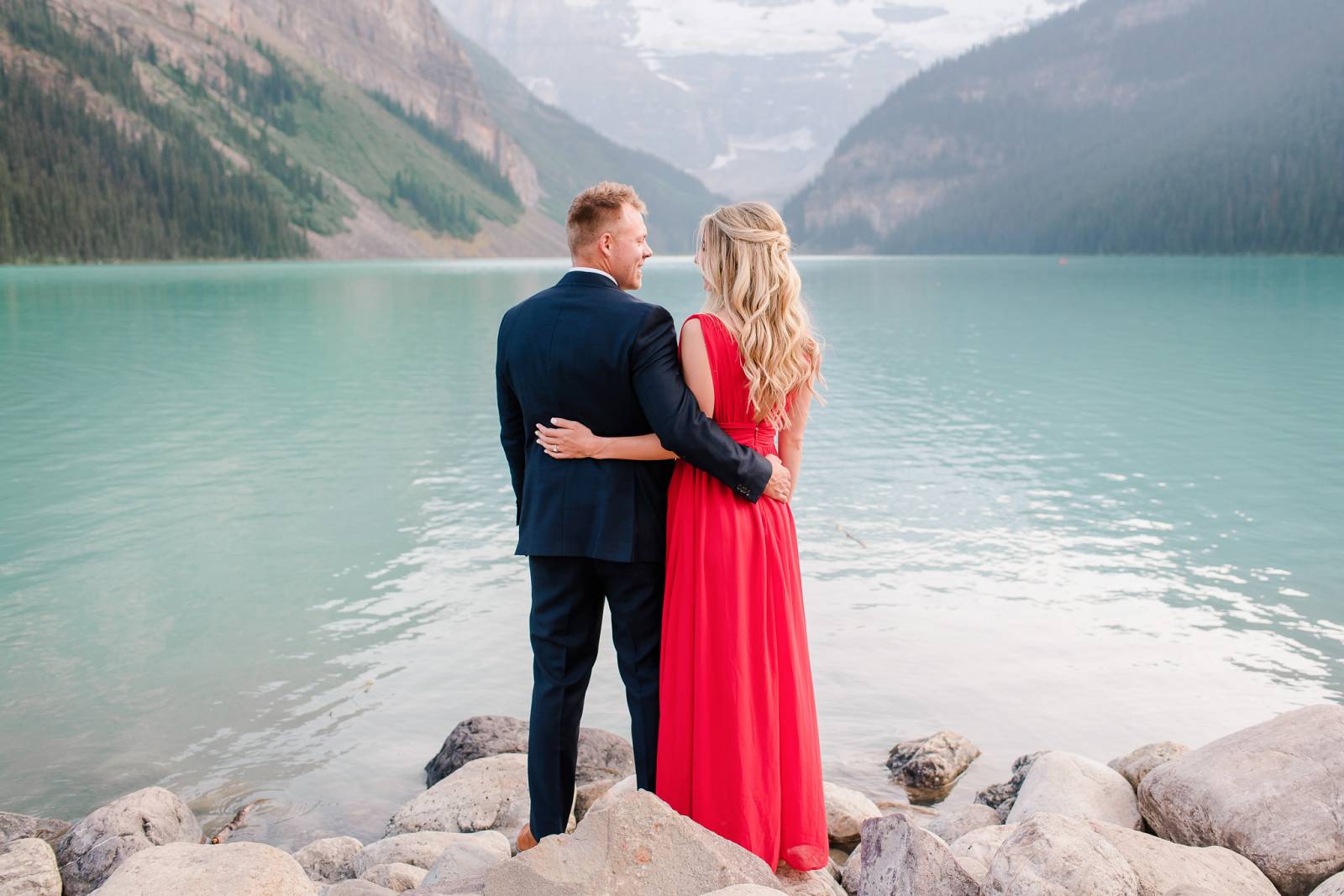 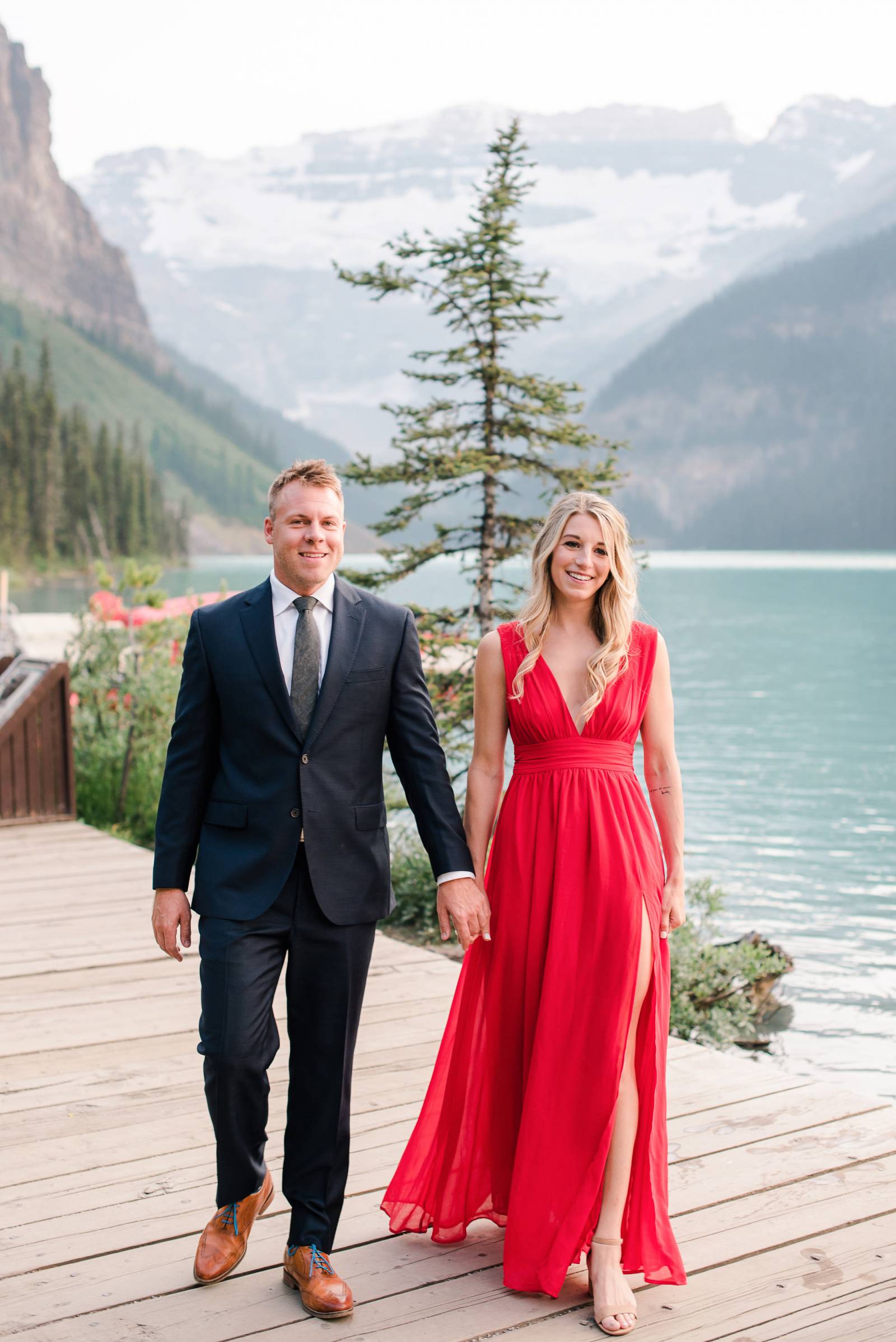