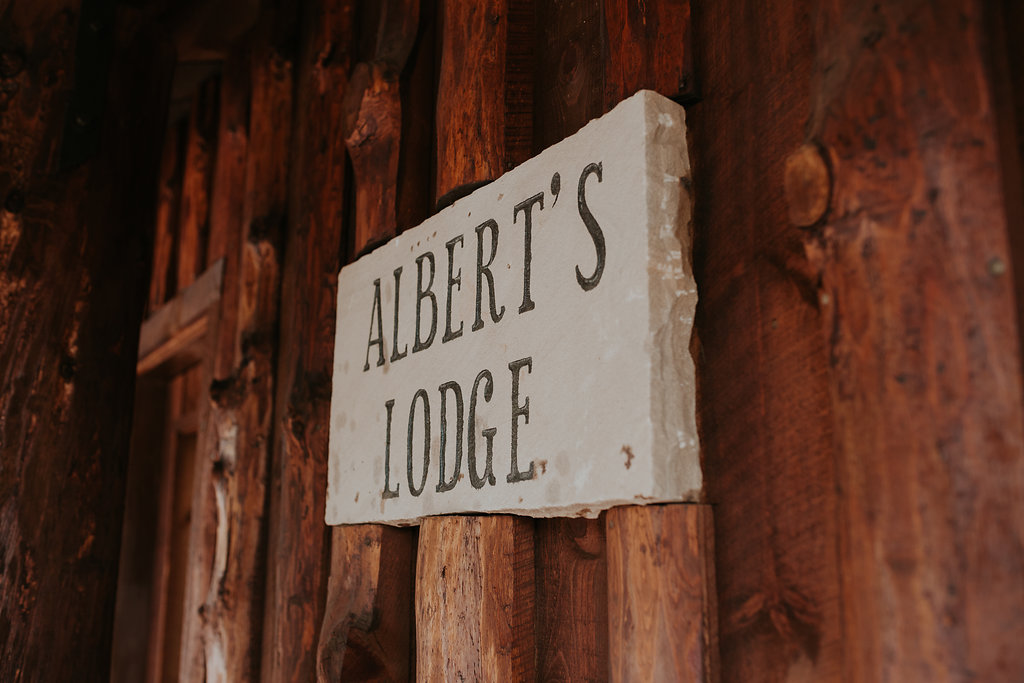 It started with a job interview for the same position at the same company. We both nailed the interview and, subsequently, were both hired in May of 2012. It was only a few short weeks before our relationship extended past professional. We kept our relationship on the down-low in an effort to protect our jobs. Although the office chit-chat was on the rise, we maintained our little secret until officially revealing our status at our company holiday event at the end of 2012.

In the succeeding years, we experienced life together from visiting local breweries to vacationing in the tropics, tackling 14'ers, meeting family and merging friends. In early 2015, we moved into our first home together and became a family of three. Later that year, on NYE, Michael got down on one knee in front of our closest friends and family. Of course, I said "yes" and our love continued to grow stronger as we spent the next year and a half planning our fairy-tale wedding.

On September 23rd, 2017, we got married at Spruce Mountain Ranch. We fell in love with the location the second we drove onto the property. We carefully chose a date that was the lowest risk for inclement weather; however, Mother Nature had different plans for us on our wedding day. Just as our outdoor ceremony began, the dark clouds quickly rolled in and it started to storm. This wasn't just your 'typical Colorado afternoon shower'; this was torrential downpour! The rain was hammering down sideways, the wind was blowing so hard our bridesmaid's nearly froze, and the sound of the rain pounding our guest's umbrellas made it impossible for anyone to hear the sermon. You'd think our wedding was ruined! But it wasn't. It made our day unique and one of our guests will never forget. Even though my dress was soaked, my shoes were destroyed, my hair was a mess, and my makeup was ruined, I was the happiest I had ever been in my entire life! I was now Mrs. Vecchiarelli and that was enough sunshine for me.

- The Bride and Groom, Danielle and Michael Vecchiarelli 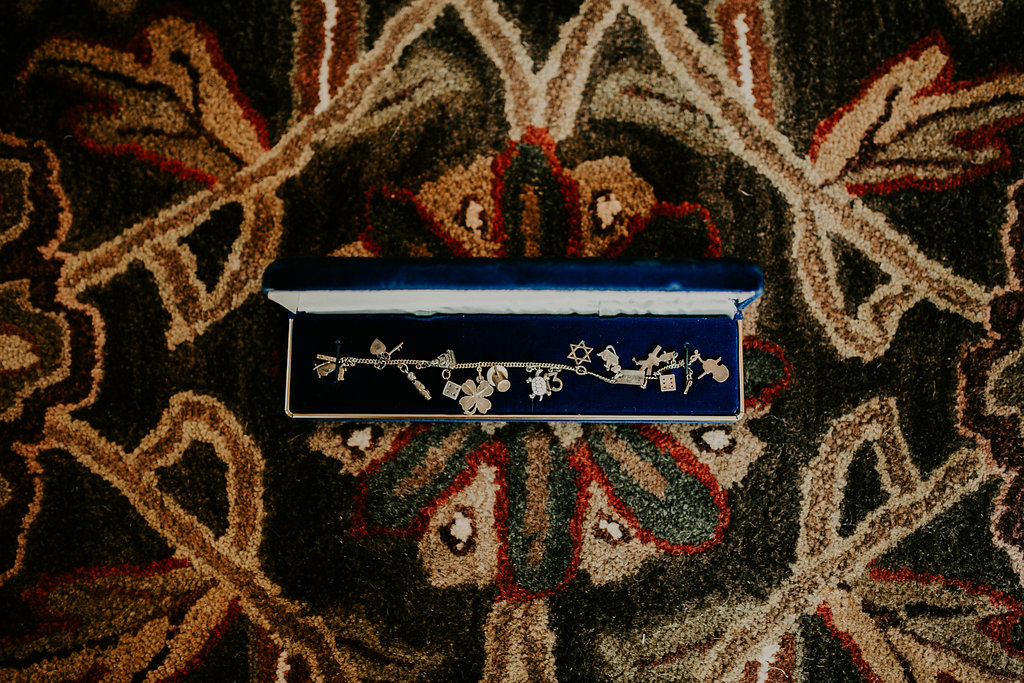 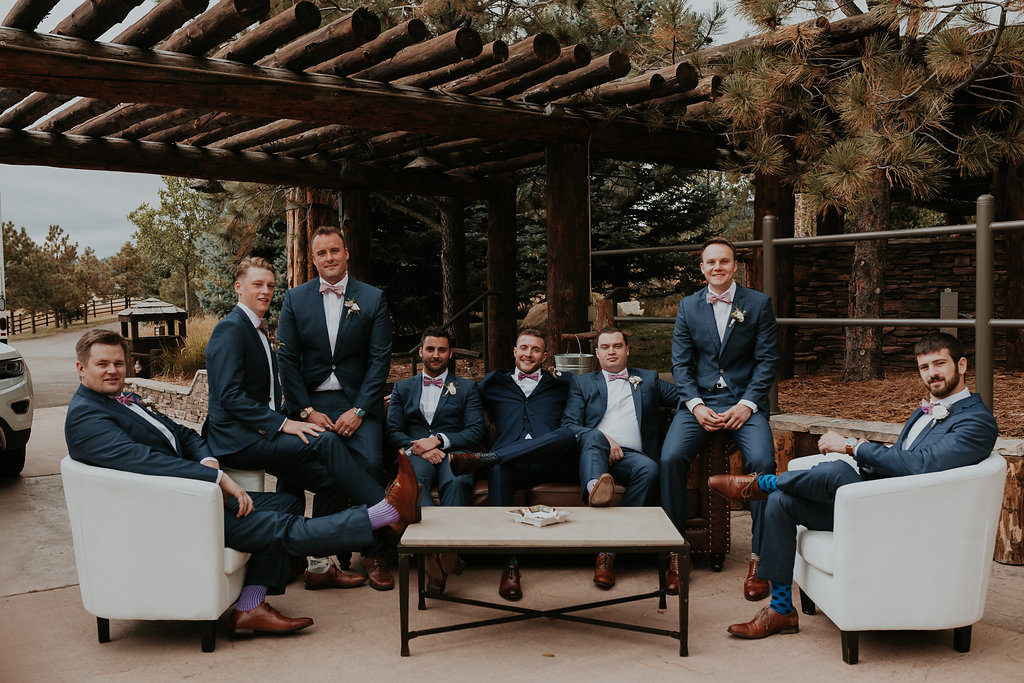 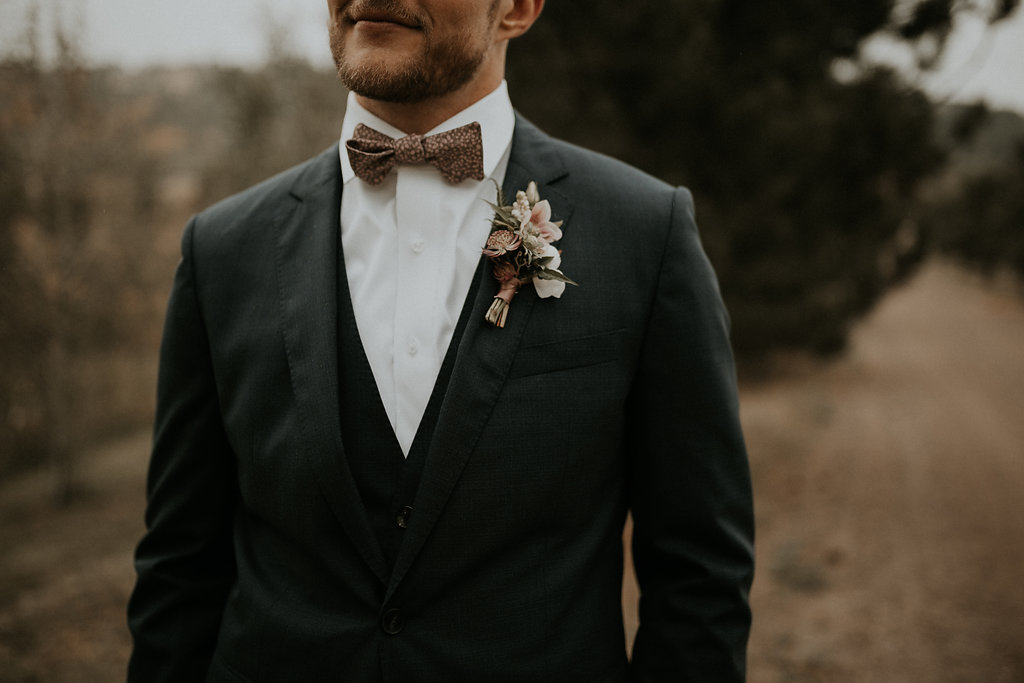 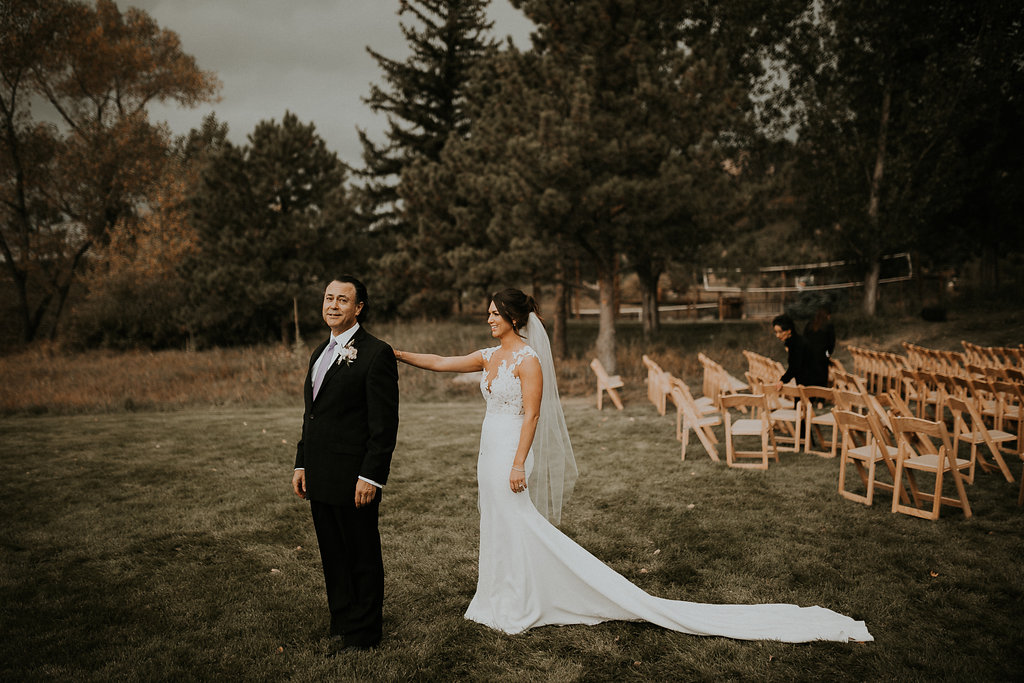 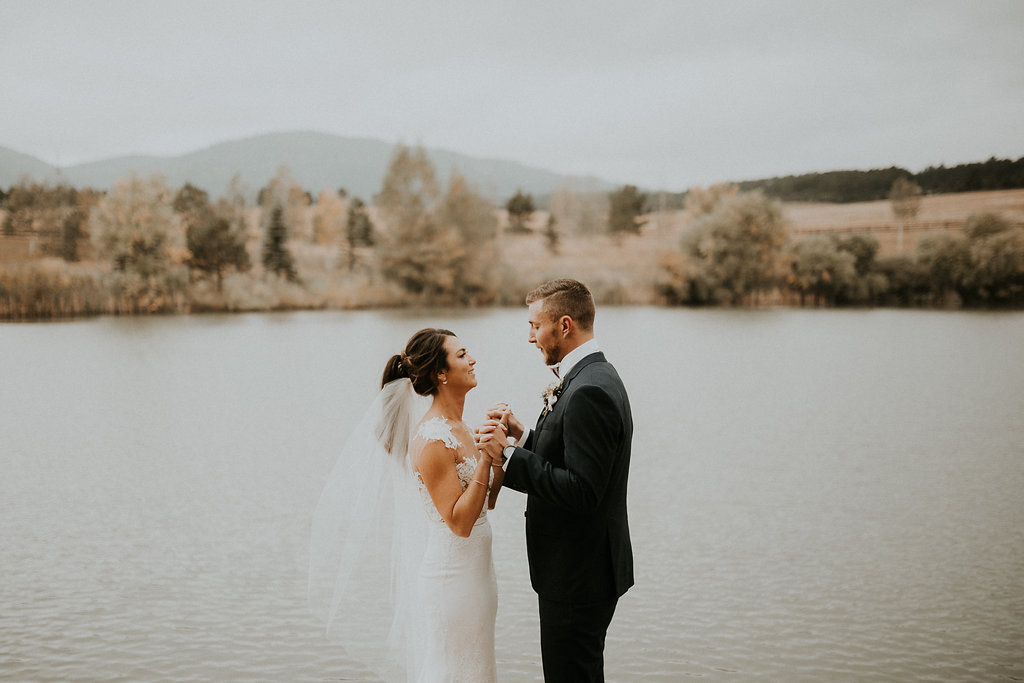 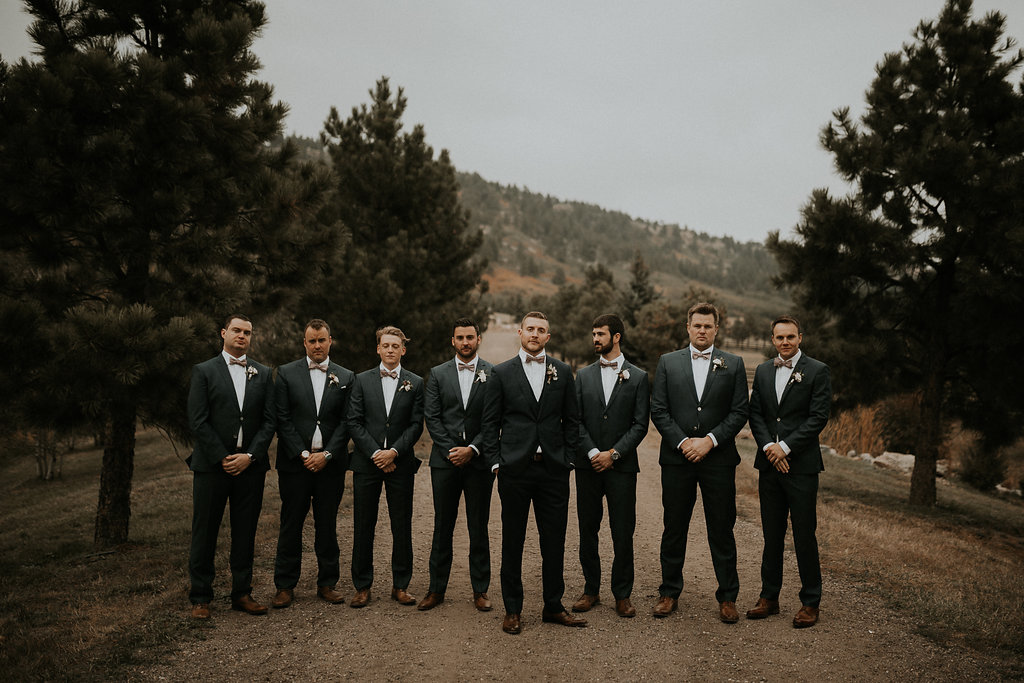 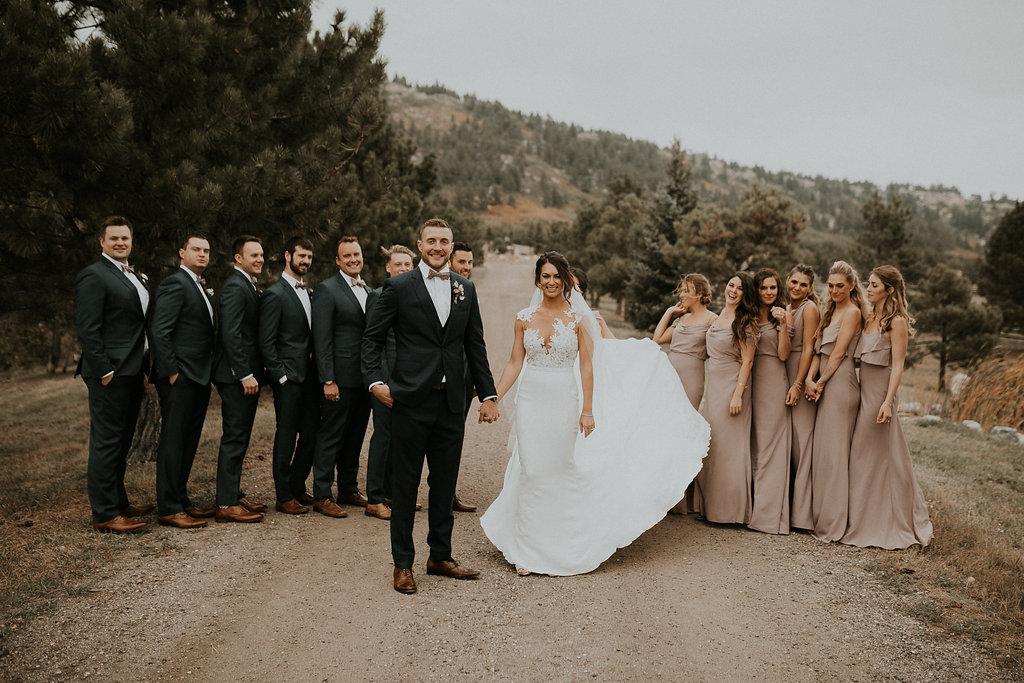 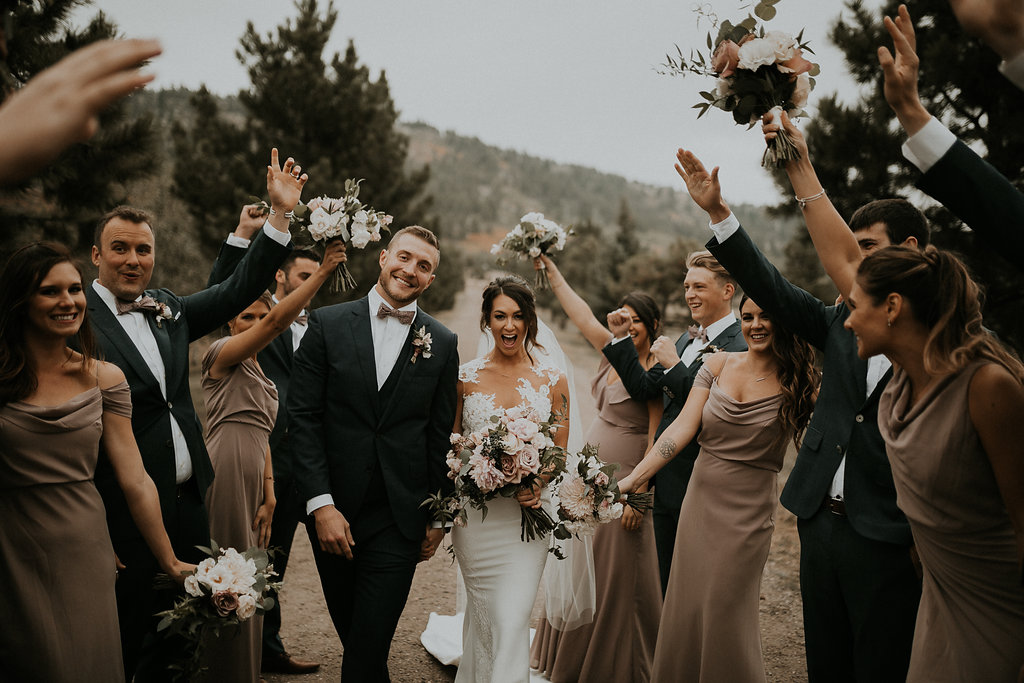 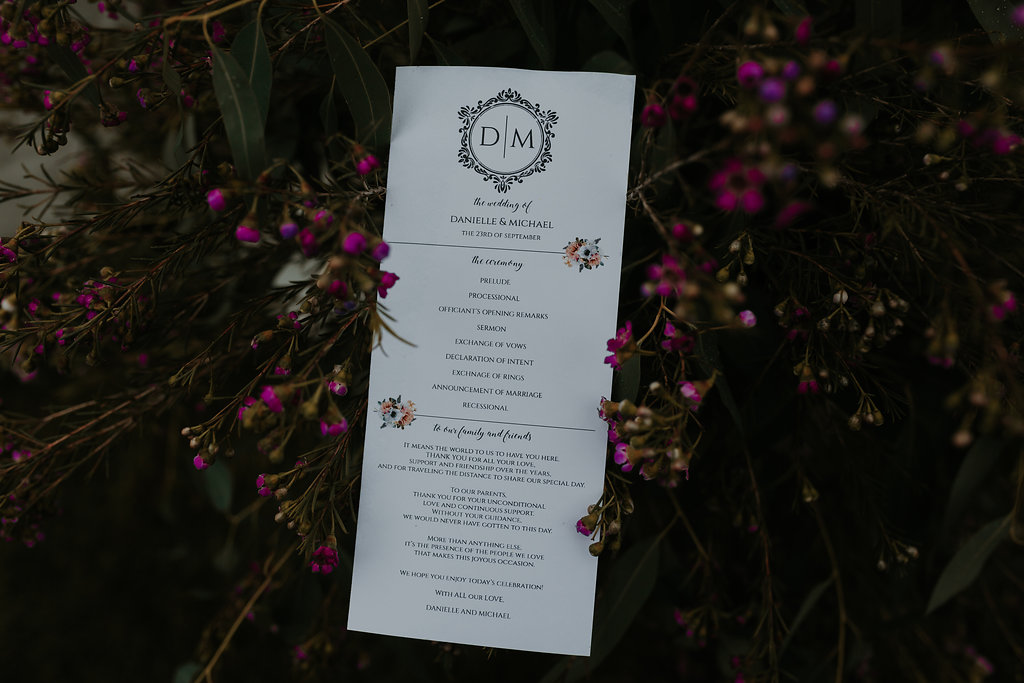 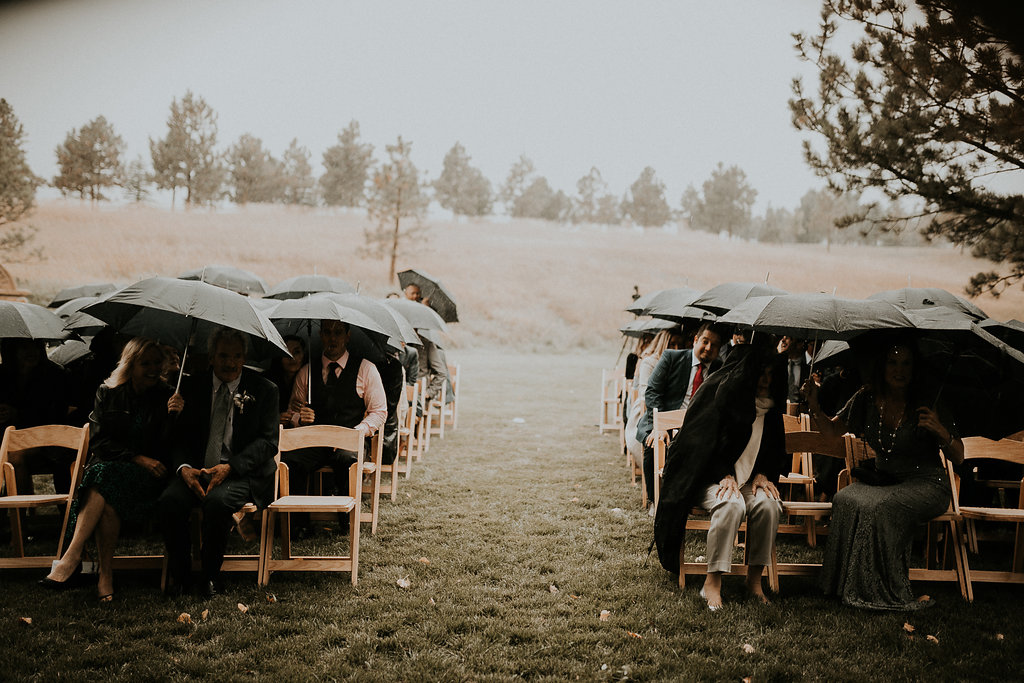 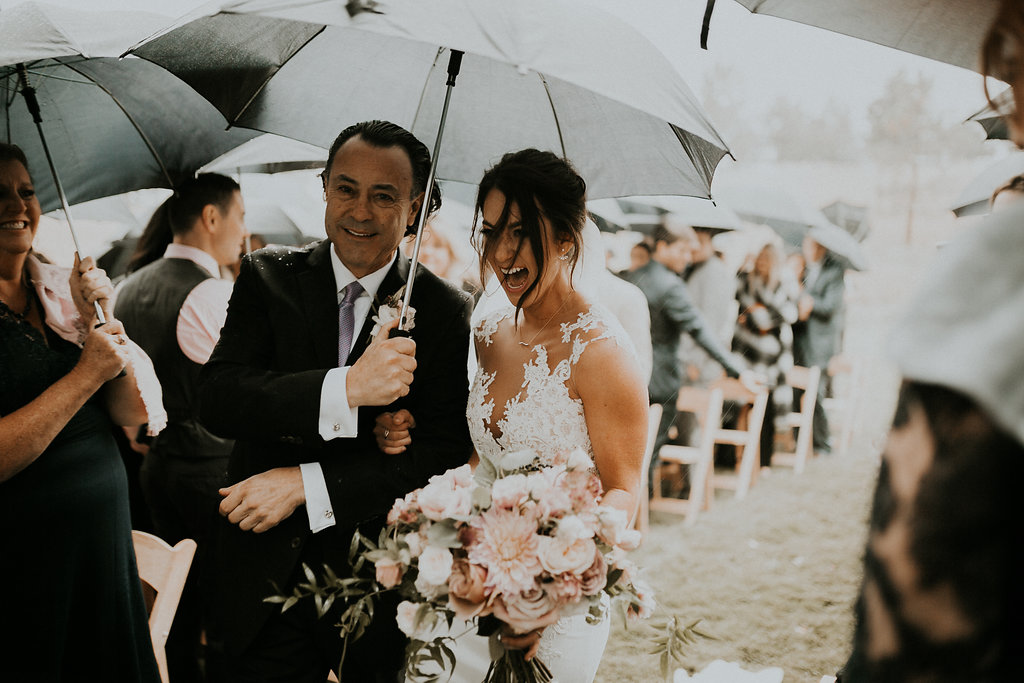 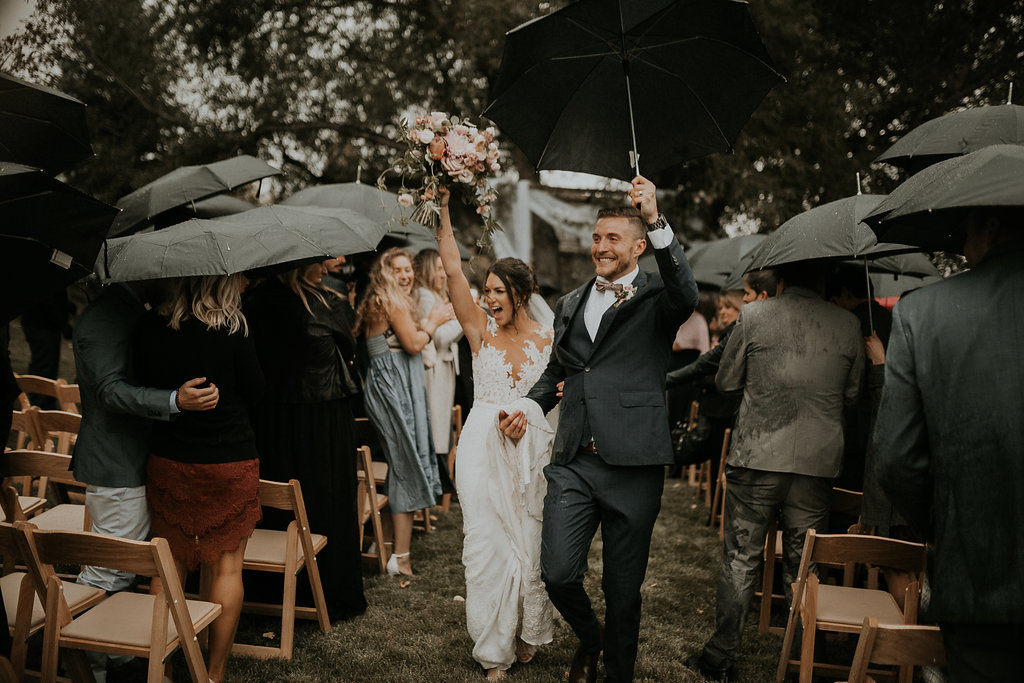 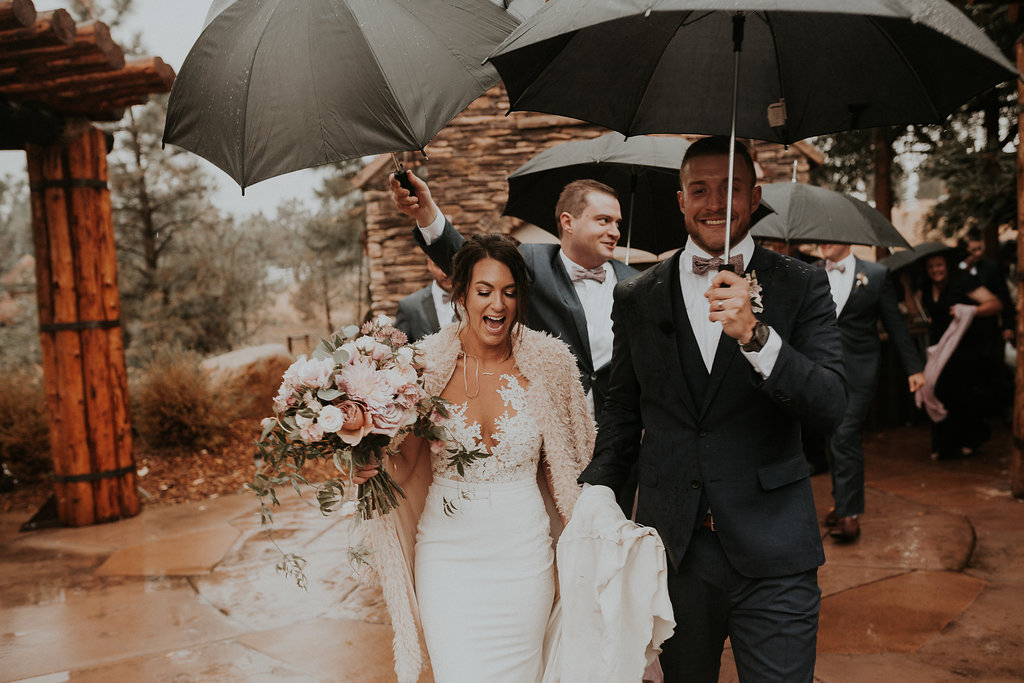 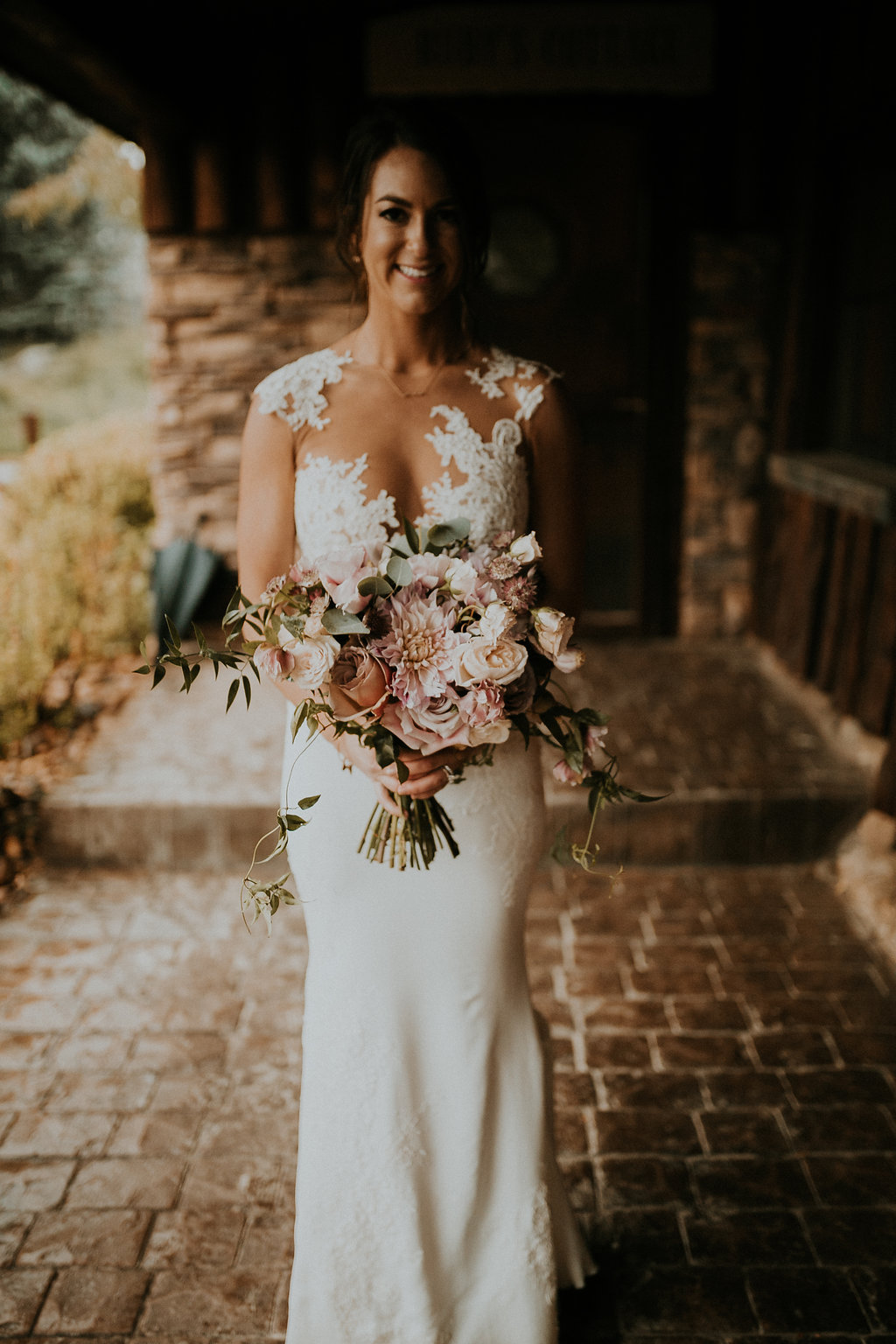 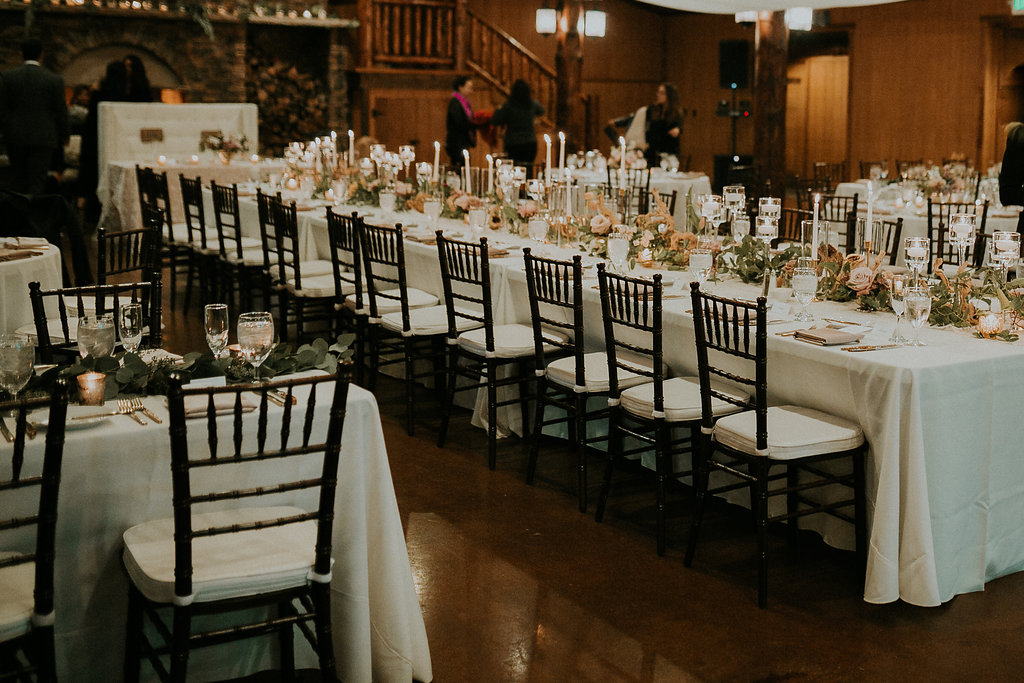 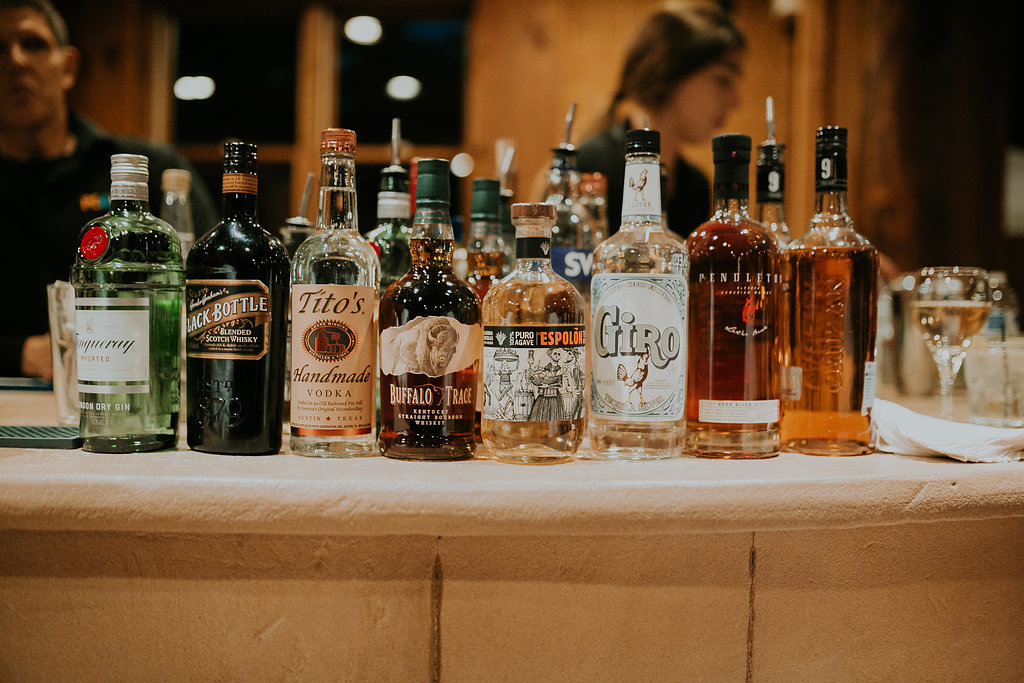