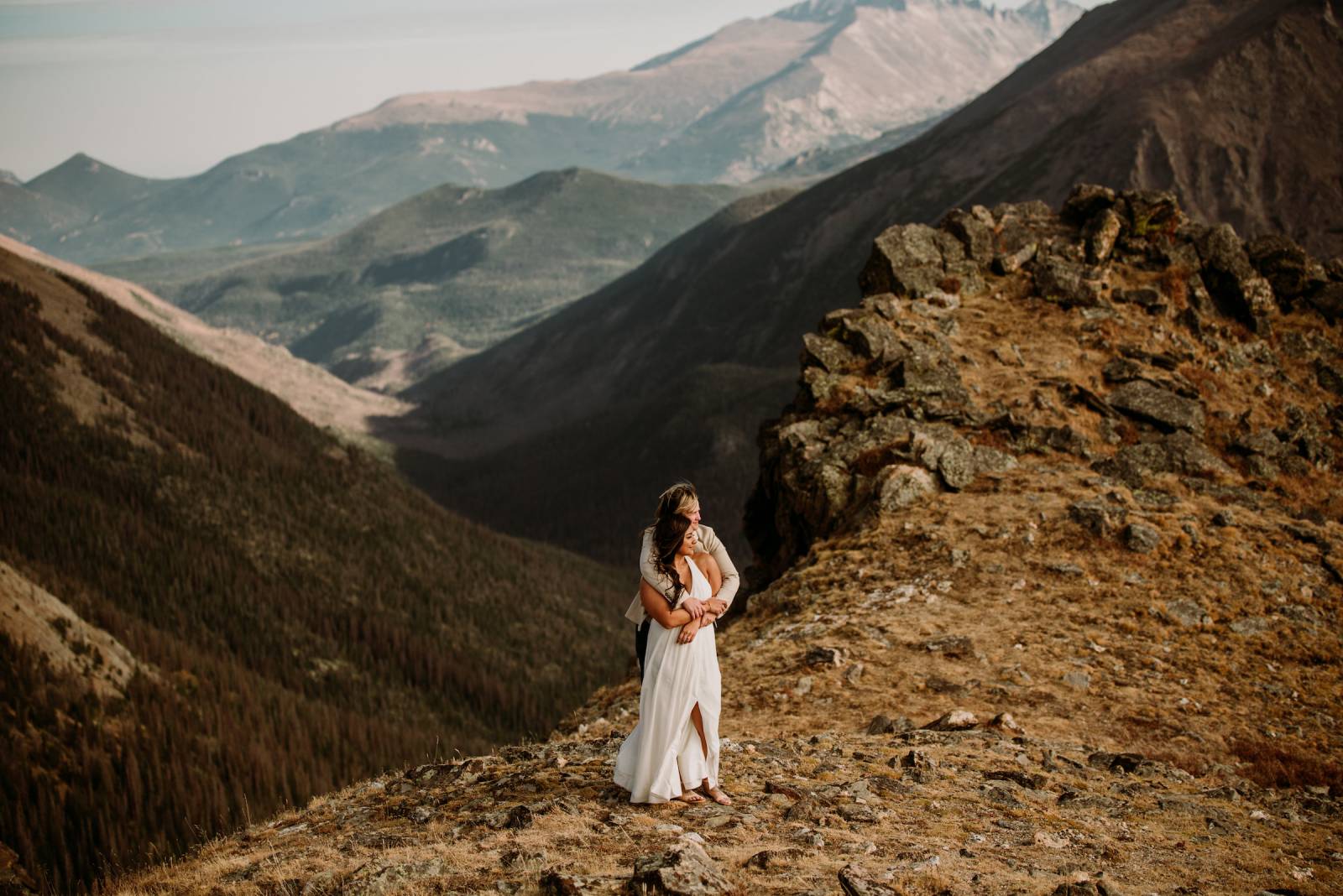 Sydney and Erika met a few years back when Sydney started working with Erika. Both were immediately smitten with each other, but it took a full year for them to begin dating. When I met them, they were both out in Colorado for Sydney's dad's elopement. The three of us started talking and I learned that they had originally planned to get married in their home state of Missouri, but decided to elope with close friends and families in Rocky Mountain National Park instead. All of the decor was DIY or acquired from Etsy. Friends and family put together all the flowers and provided all of the treats and food. The focus was solely on the two of them and the family and friends around them to show support. 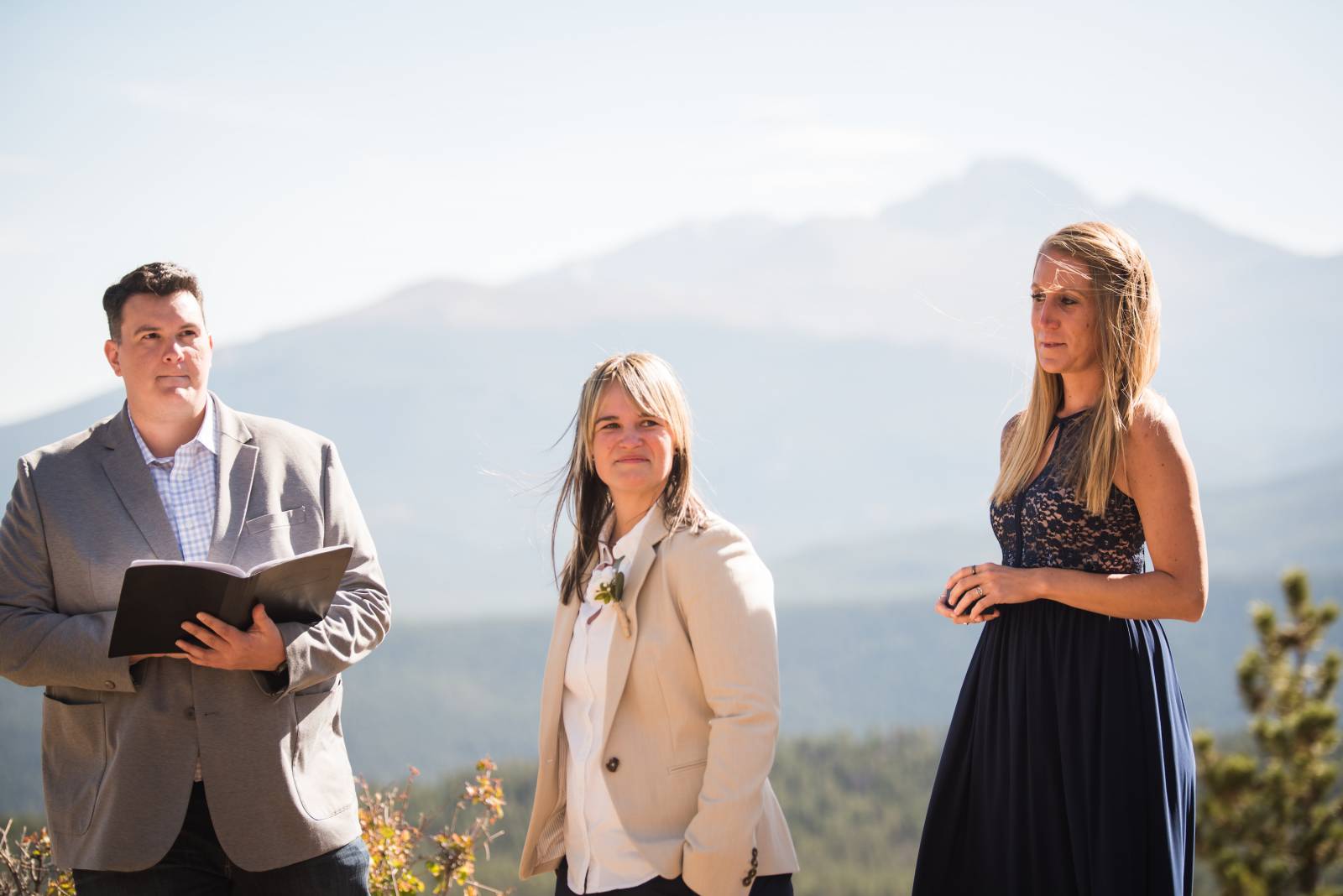 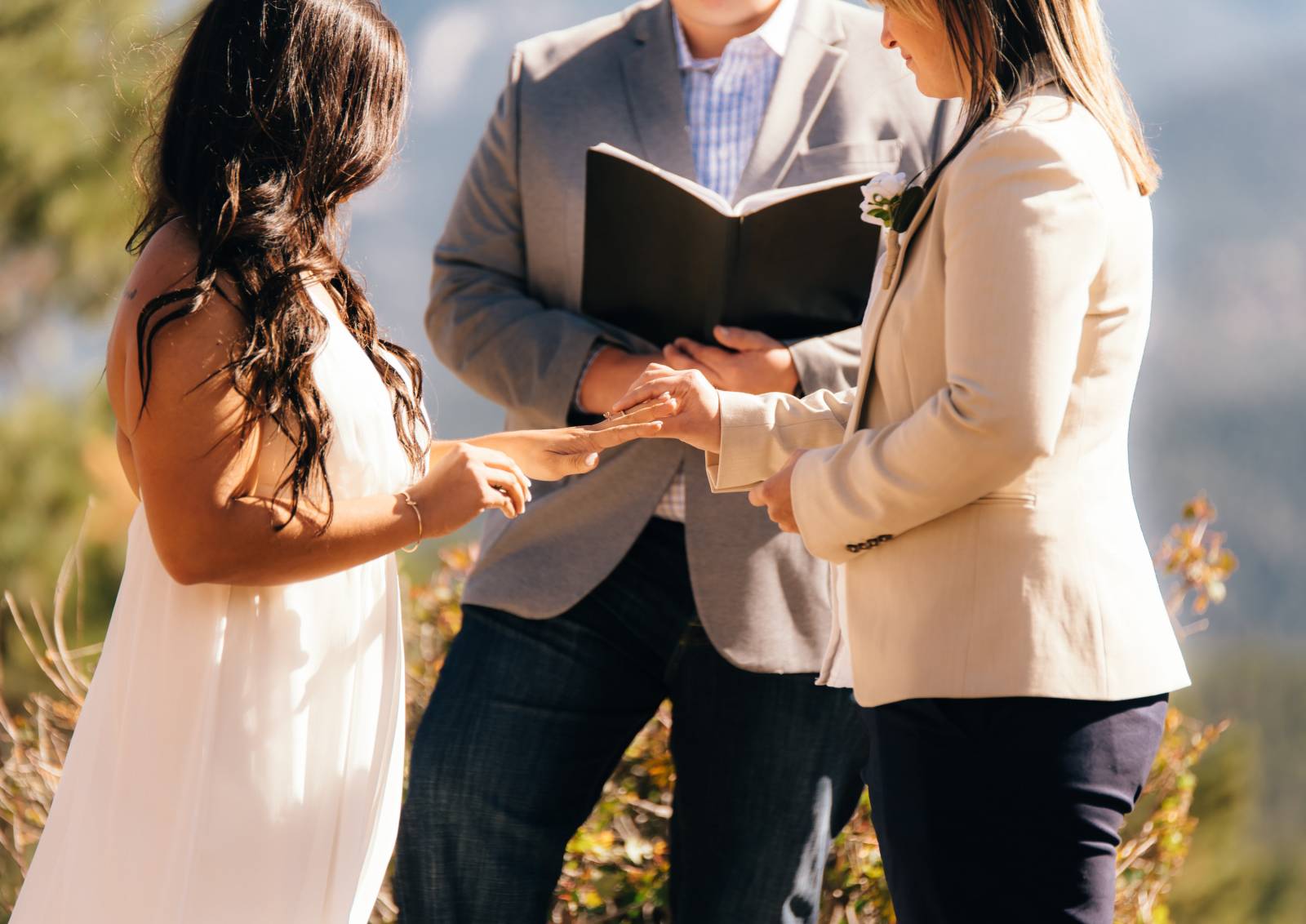 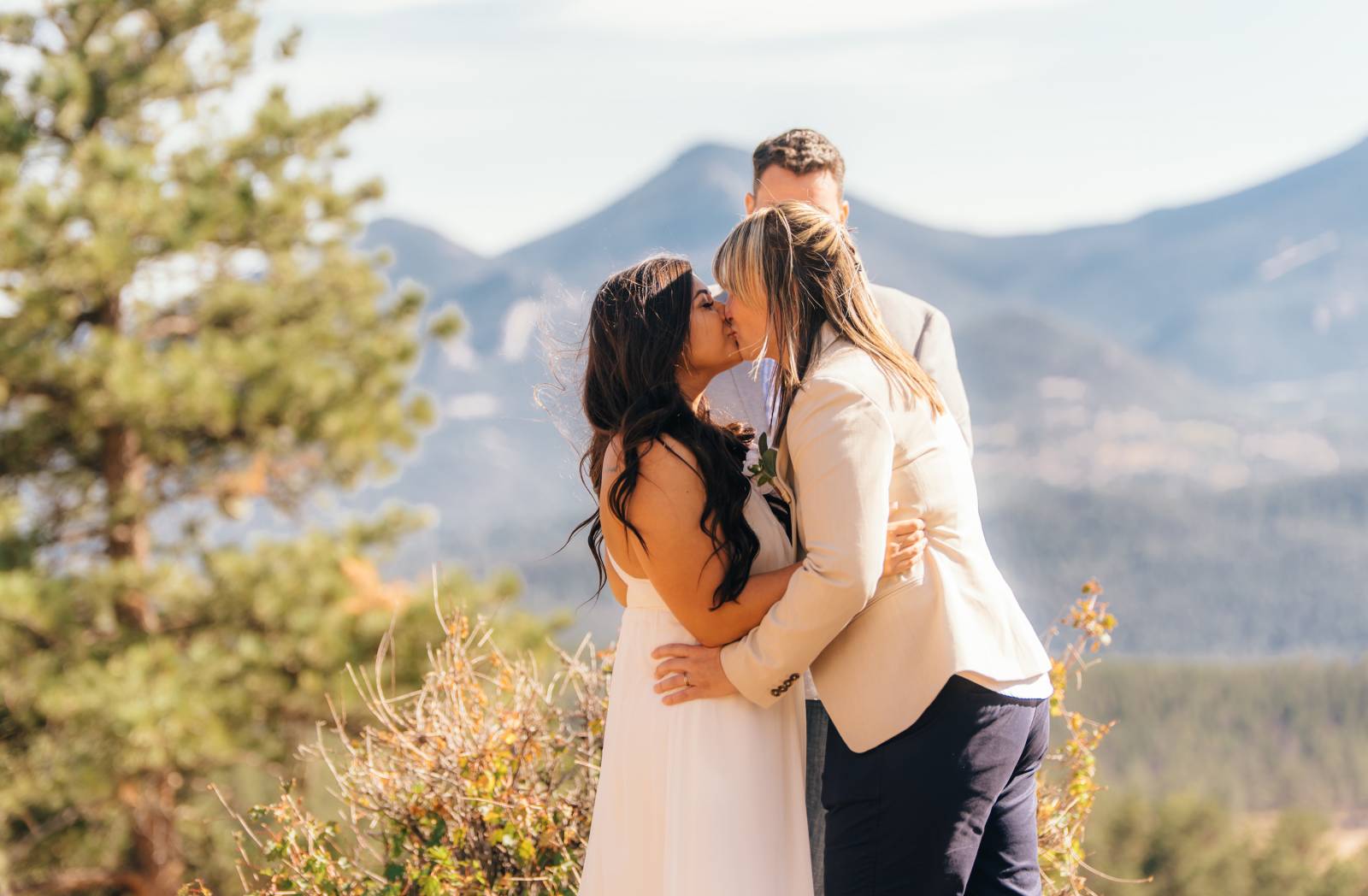 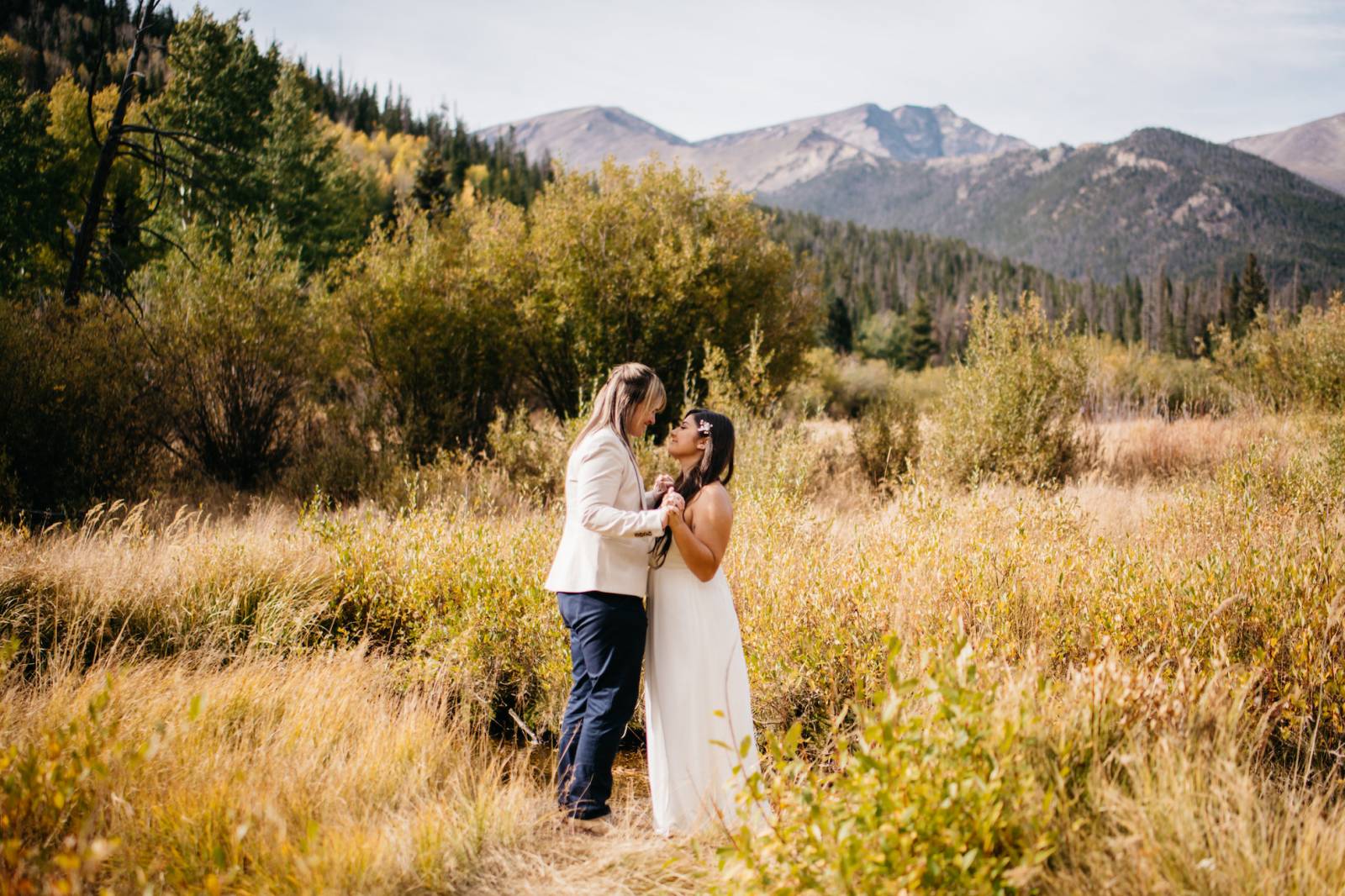 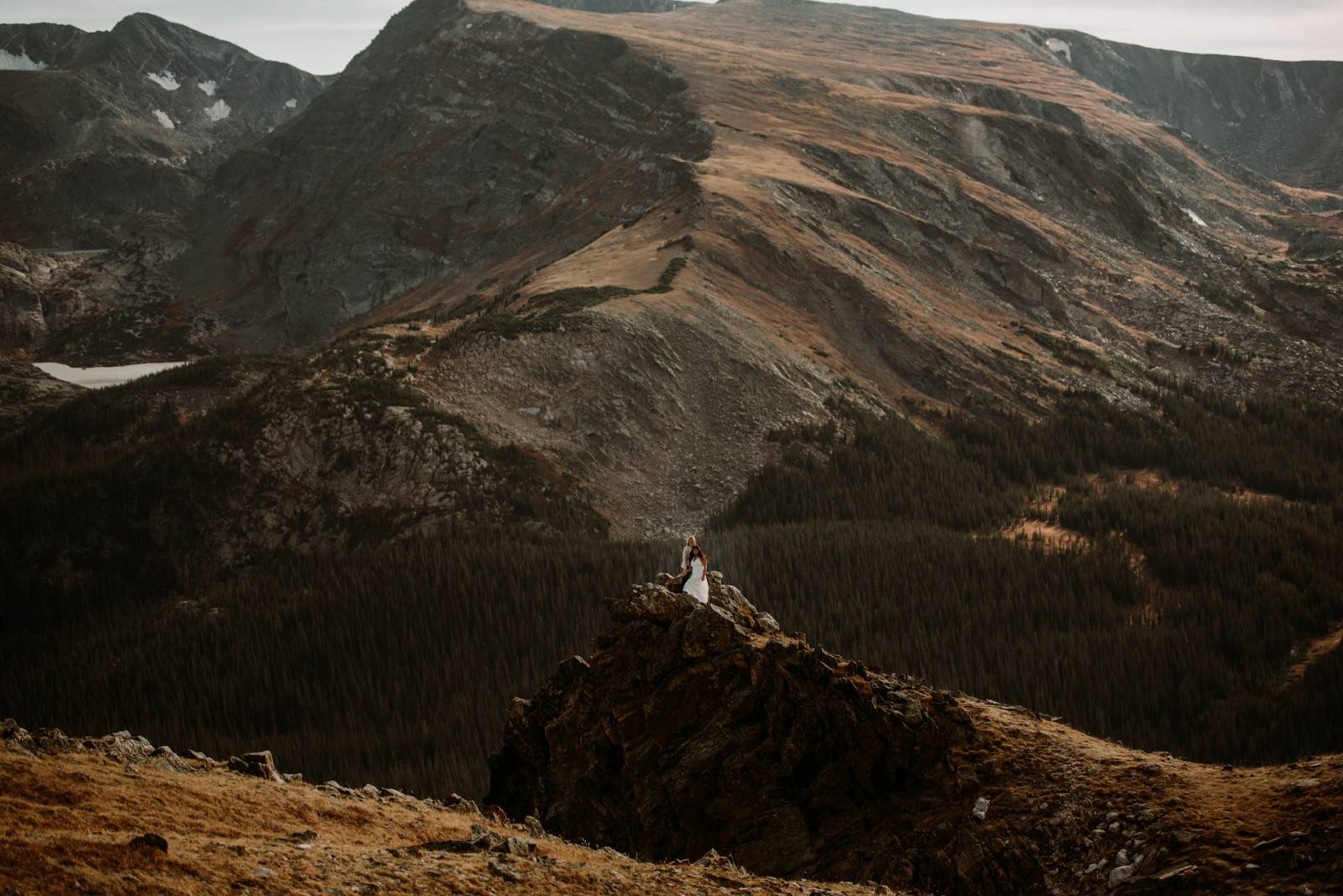 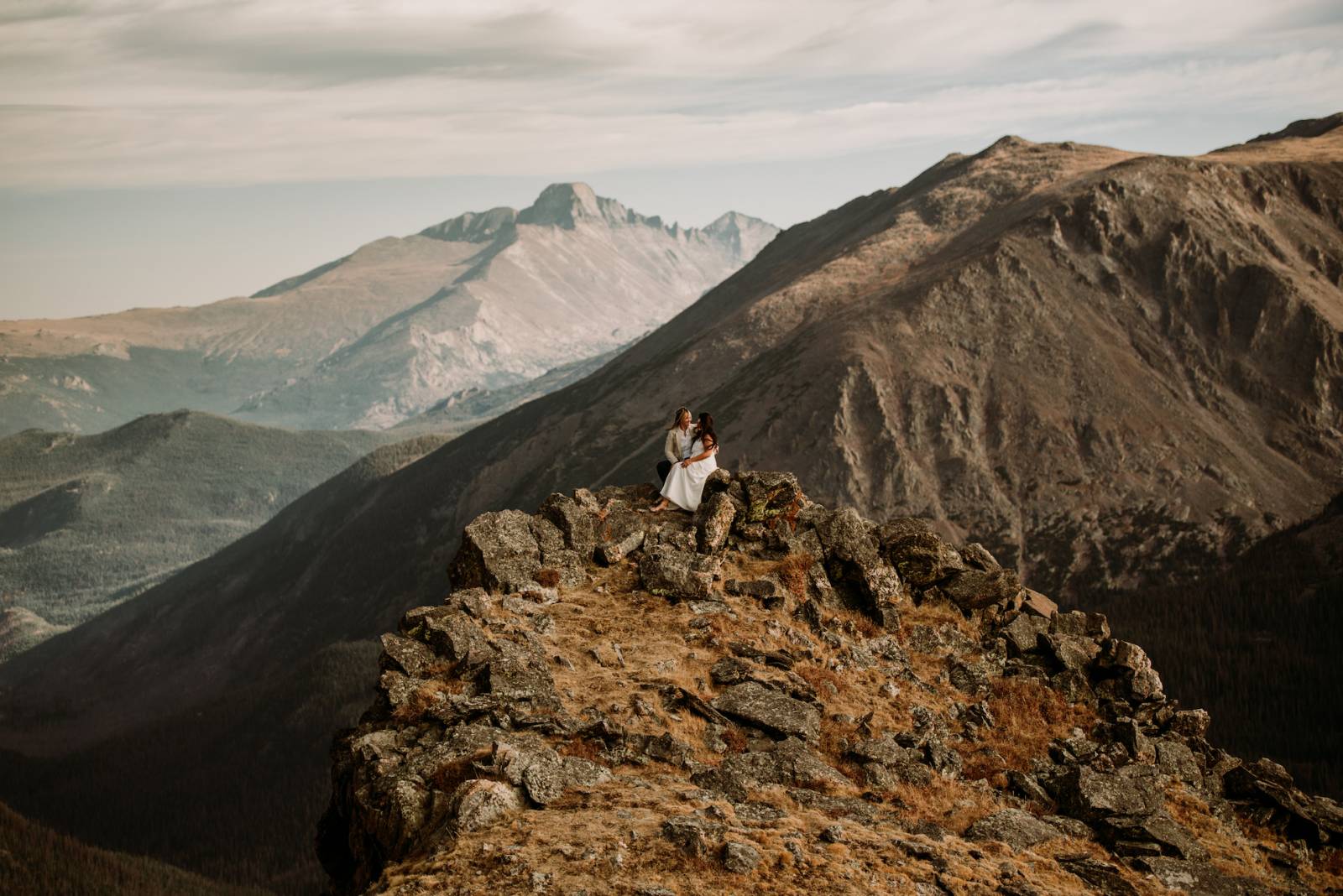 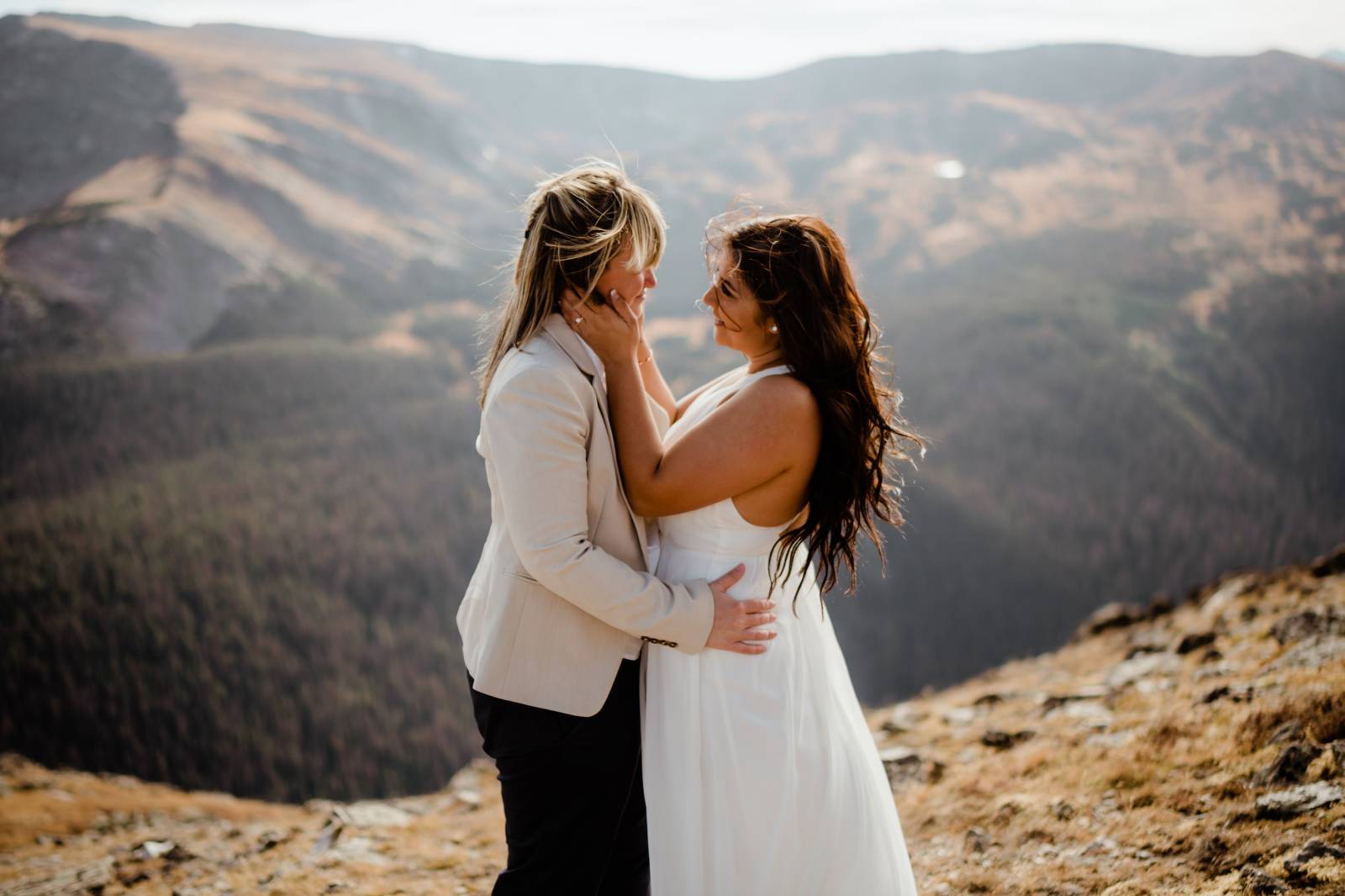 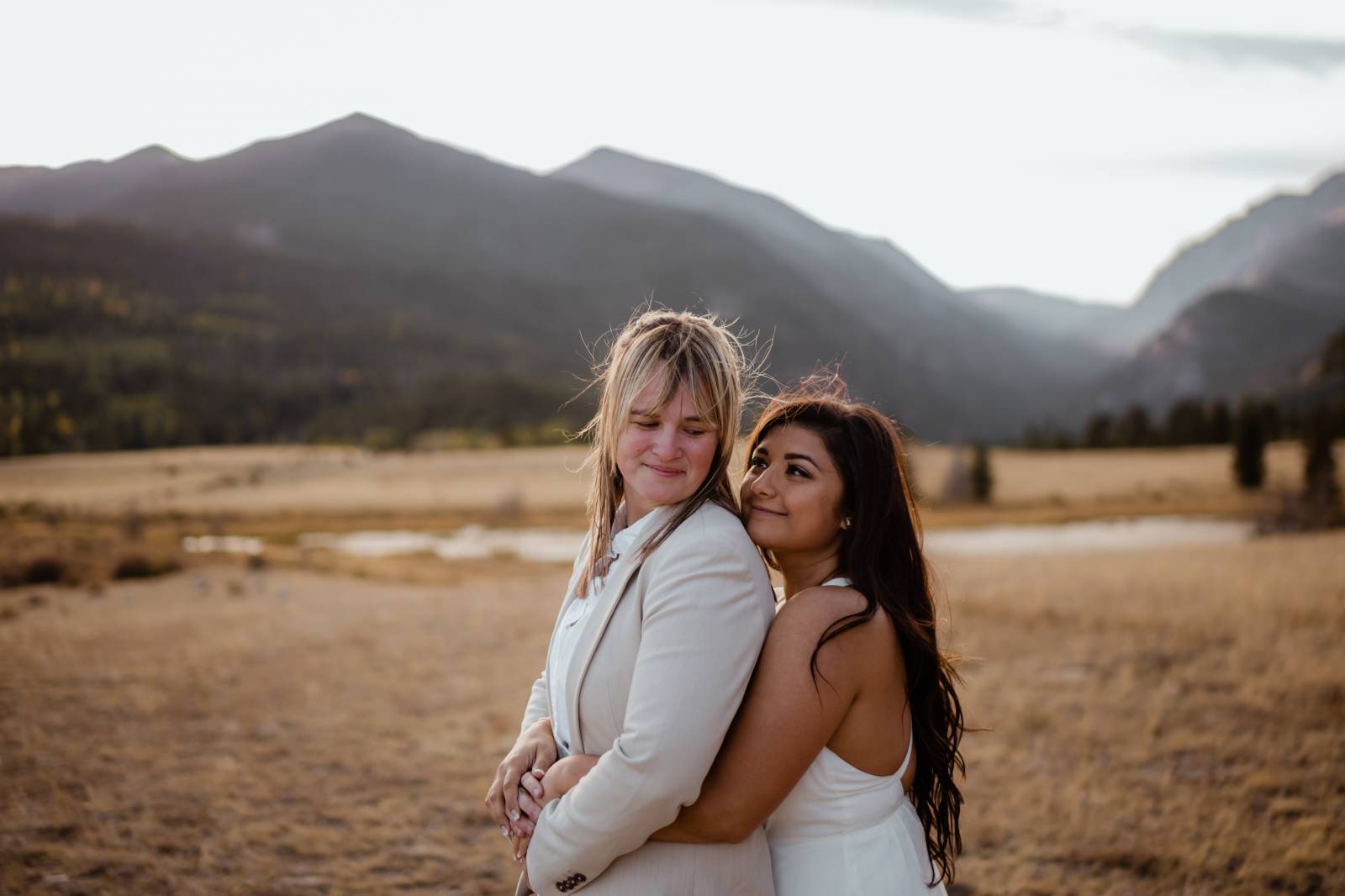 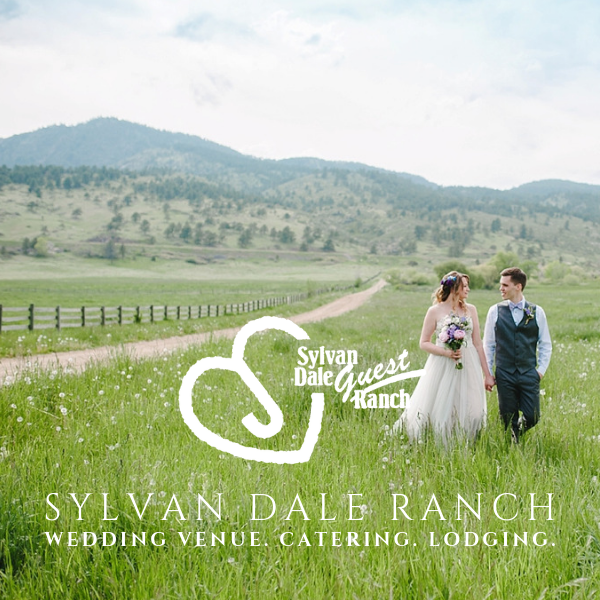