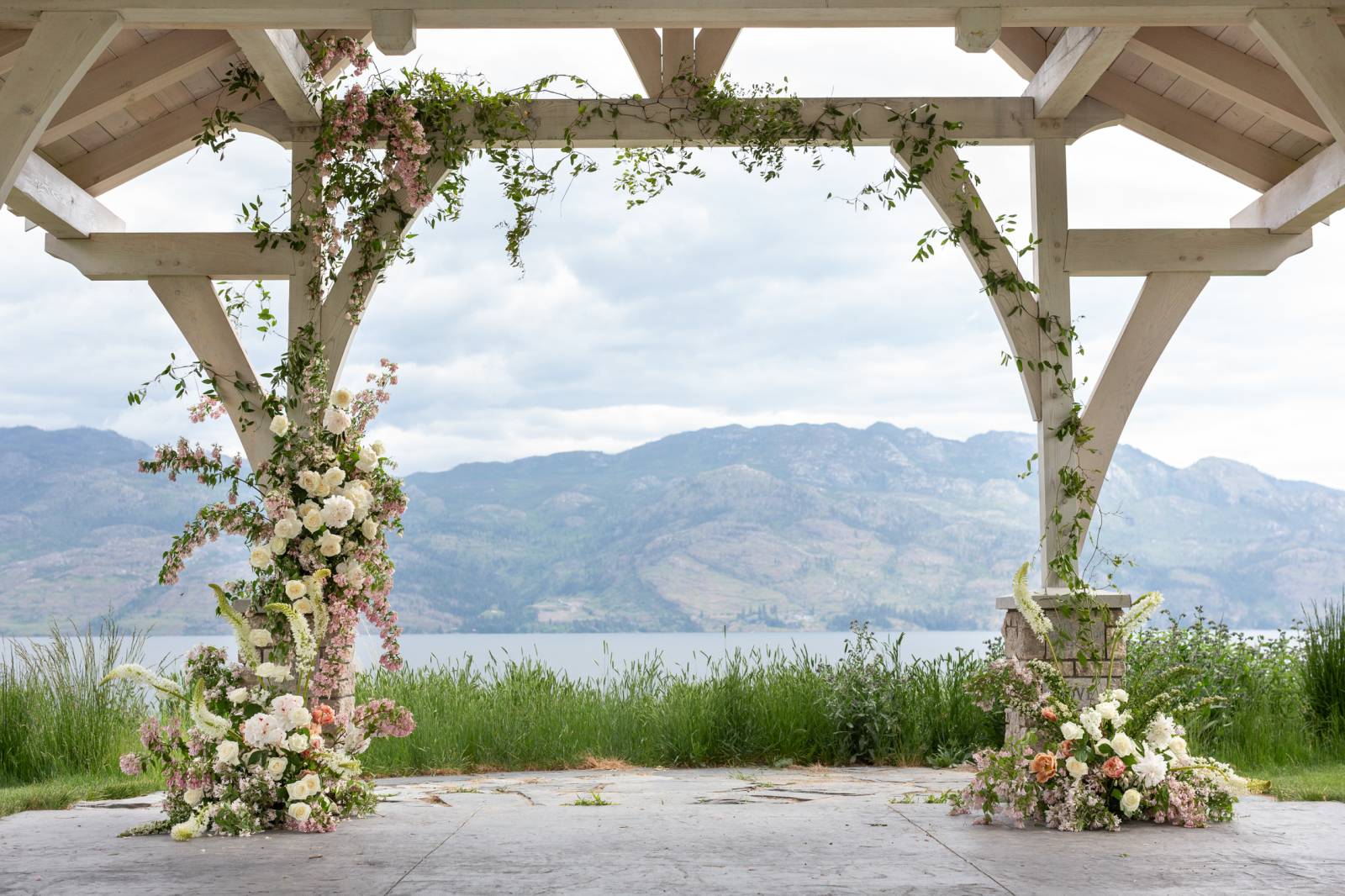 West Coast Elopement Collection popped up in Wine Country for an elopement to celebrate the marriage of Whitney and Ryan. Their story is a unique journey of how two people fell in love before ever meeting one another face to face. Whitney lived in Kelowna and Ryan lived in Ontario. A mutual friend introduced them both and after a private message on social media, the sparks began. After two months of text messages and phone calls long into the night, Whitney flew to Ontario to meet Ryan and confirm the feelings they shared. It was clear their love was true and Ryan packed his bags and moved to Kelowna shortly after. Five months later their world changed for the better as they found out they were pregnant with their beautiful son, Leo. Whitney came across our elopement collection on Instagram and knew this intimate package would be ideal for her and Ryan. It was everything they wanted and needed. On the wedding day, Whitney spent the morning with the girls getting ready while Ryan and Leo hung out with the boys. They shared a first look moment before walking through the gardens to the waterfront gazebo for an intimate ceremony of 15. Whitney's sister played the ukulele as the bride walked down the aisle with her Mother. Following the custom ceremony the couple shared a first dance and photo session before joining the family for dinner at a restaurant nearby.